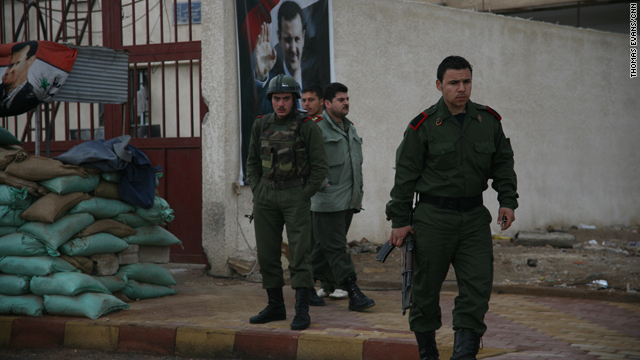 END_OF_DOCUMENT_TOKEN_TO_BE_REPLACED

Leon Panetta, head of the CIA, said earlier this week that intelligence collected from detainees who were waterboarded provided clues that helped the U.S. track down Osama bin Laden.

Waterboarding, which is the simulated drowning of prisoners to get them to spill secrets, is no longer legal, thanks to President Obama. It was one of Obama's first acts as president.

The Bush Administration before him had been harshly criticized for what some said was legalizing torture. Panetta in the past has said that enhanced interrogation techniques like waterboarding is torture and is morally wrong. However, he also said the debate about the use of these techniques will continue.

Some former members of the Bush Administration and a handful of other Republicans were quick to defend the practice in the wake of Osama bin Laden's death.

However, none of these men is really in the position to know this for sure. And there's been no official statement or any proof that any information gained from prisoners by using these interrogation techniques ultimately led to the killing of Osama Bin Laden.

Here’s my question to you: Does getting Osama bin Laden justify the use of enhanced interrogation techniques such as waterboarding?

END_OF_DOCUMENT_TOKEN_TO_BE_REPLACED

Should Pres. Obama have consulted with Congress before U.S. military to Libya?

Quite a few members of Congress are not happy with President Obama over his decision to allow U.S. air attacks in Libya. They feel they weren't given any say in the whole matter…which they weren't. And the criticism of the president is coming in from everywhere.

Republican Congressman Ron Paul of Texas says the no-fly zone is unconstitutional. Liberal Democratic Congressman Dennis Kucinich from Ohio has brought up the idea of impeachment hearings for President Obama's actions. No surprise there... but it's not just the far right and the far left up in arms. Moderates like Democratic Senator and former Navy Secretary Jim Webb and Republican Senator Richard Lugar, the ranking Republican member of the Foreign Relations Committee. They aren't happy with the president either.

Yesterday the President sent an official letter to Congress asserting his authority to make the decision on Libya based on the Constitution and War Powers Resolution. The letter said he was acting in the "national security and foreign policy interests of the United States."

The president did hold a briefing for congressional party and committee leaders in the White House Situation Room on Friday before any attacks were launched. But many lawmakers say that wasn't enough.

Here’s my question to you: Should President Obama have consulted with Congress before sending the U.S. military against Libya?

END_OF_DOCUMENT_TOKEN_TO_BE_REPLACED

The armed forces of the United States are arguably the greatest fighting force ever assembled. More importantly, it traditionally has been used only for the noblest of causes. The most recent example is Libya, where President Obama ordered our military to assist in protecting innocent civilians from being slaughtered by the ruthless dictator Moammar Ghadafi.

But as with any organization, sometimes it only takes the actions of a few to call the reputation of the whole into question.

Over the weekend, the German newspaper, Der Spiegel, published photographs of what appear to be two U.S. soldiers in Afghanistan standing over the bodies of dead Afghan civilians, in what's been described as trophy-like poses.

The Army released a statement yesterday apologizing for the pictures and for the actions of 12 soldiers, saying:

"The photos appear in stark contrast to the discipline, professionalism and respect that have characterized our soldiers' performance during nearly ten years of sustained operations."

The incident is reminiscent of Abu Ghraib during the war in Iraq where U.S. soldiers took pictures of each other torturing Iraqi prisoners.

Whether the lengths and numbers of deployments of our military, which has been stretched to the breaking point, contribute to these kinds of things is a debate for another day.

Here’s my question to you: Does the latest Army photo scandal change your view of the U.S. military?