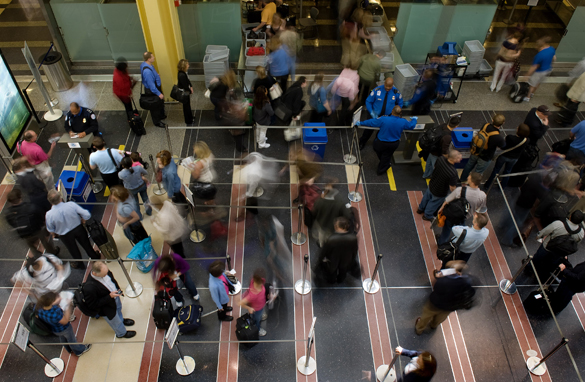 END_OF_DOCUMENT_TOKEN_TO_BE_REPLACED

When you're sitting around your Thanksgiving table next week, here's something to think about:

Nearly 50 million Americans or 1 in 6 struggled to get enough to eat last year. That includes almost 1 in 4 children.

The Agriculture Department is out with a shocking report showing the highest number of hungry Americans since the government started tracking this in 1995.

It shows food shortages are especially bad among women raising children alone - with more than 1 in 3 single mothers saying they struggled for food. And, African-Americans and Latinos were more than twice as likely as whites to say that food was scarce in their home.

Experts say these numbers are even worse than what they expected... The president of a group called "Feeding America" says "This is unthinkable. It's like we are living in a Third World country".

President Obama calls the report "unsettling"... and says more needs to be done. He points to steps his administration has taken... like additional spending on food stamps, food banks and school lunch programs.

Agriculture Secretary Tom Vilsack says it's a "wake-up call" to get very serious about food security, hunger, and nutrition. Vilsack says the main cause is the rise in unemployment, now above 10% and acknowledges the number of Americans going hungry could be even worse this year.

SO HERE'S THE QUESTION:
With Thanksgiving coming up, what does it say when 1 in 6 Americans goes hungry?

Interested to know which ones made it on air?
END_OF_DOCUMENT_TOKEN_TO_BE_REPLACED