END_OF_DOCUMENT_TOKEN_TO_BE_REPLACED

What does it mean that the Census Bureau can't be ready for 2010 count?

[cnn-photo-caption image=http://i2.cdn.turner.com/cnn/2010/images/03/30/art.census.jpg caption="The Census form is required to be returned by April 1. The first Census was taken in 1790, when the U.S. population was less than the current population of Los Angeles - around four million."]

It may not be a coincidence that April Fool's Day is the same day. But the joke here is more sad than it is funny.

You see, even though the agency has had 10 years to work out the kinks in this cumbersome process of counting every American man, woman and child, it hasn't.

Information technology problems are a top concern, in particular two software programs that manage the maps and workloads for census takers making those door-to-door follow up visits. An estimated 50 million households out of a total of 120 million will likely require a follow-up visit. The Census Bureau says there is still time to fix the problems - they've had 10 years to get ready for this - but they say time is running out. No kidding.

The Census Bureau has already shelled out an extra $88 million for a technology glitch last fall that paid $300 to a reported 15,000 temporary hires who did little or no work updating the Bureau's maps.

The entire Census process is expected to cost taxpayers more than $14 billion, but that number will likely be higher and who knows how reliable the results will be. This is our government at work. Now they want to manage health care.

Here’s my question to you: What does it mean that the Census Bureau can't be ready for 2010 count?

END_OF_DOCUMENT_TOKEN_TO_BE_REPLACED

Good idea to pay young girls not to get pregnant?

After 14-years of decline, the nation's teen birth rate has risen over the last two years. According to the National Campaign to Prevent Teen and Unplanned Pregnancy, the current rate is more than seven pregnancies per 1,000 teen girls. 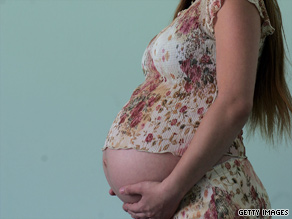 So here's an idea out of North Carolina to cut that number: Pay young girls not to get pregnant.

A program at the University of North Carolina at Greensboro called College Bound Sisters gives girls aged 12-to-18 $1 a day if they avoid pregnancy.

Participants may not have ever been pregnant. They must be enrolled in school, have a desire to attend college, and have a sister who had a child before age 18.

Girls in the program attend 90-minute meetings every week where they learn about abstinence and the use of birth control. In return, they receive $7 for every week they do not get pregnant.

The money is put into a college fund. Any participant who becomes pregnant or leaves the program loses her savings and they are split among remaining members. The program is funded through a four-year state grant.

Here’s my question to you: Is it a good idea to pay young girls not to get pregnant? 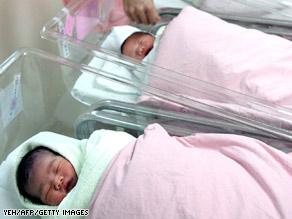