END_OF_DOCUMENT_TOKEN_TO_BE_REPLACED

Kids donating $ from toys to politicians? 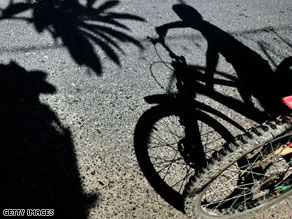 Hillary Clinton is reminding voters about that 11-year-old Kentucky boy who sold his bike and video games so he could donate more than $400 to her campaign. And his parents let him do it. And she took the money.

After her win in Kentucky this week, Clinton once again thanked Dalton Hatfield, saying he helped her "carry the day" in his home state.

The New York Times caught up with 5th grader, who says he decided to donate to Clinton's campaign about two months ago when he saw she was running low on money: "I just saw so much that I did not need such as like my video games, and I thought, 'What can I do with them?'" So he sold his bike, video games and also collected other donations.

He says Clinton has "very good views on specific issues that are important to this election”, including the war, the economy and health care – all things that matter deeply to an 11-year-old.

Hatfield has since met with both former President Bill Clinton and Hillary. He says he was nervous about meeting Senator Clinton... but she told him that he'll "always have two friends, her and Bill." The elementary school student says he'd have to think about raising money for Obama, should he become the nominee... but as of now, probably not.

The story of a little kid selling his toys to donate money to a politician is the perfect way to end the week for the Cafferty File.
Interested to know which ones made it on air?