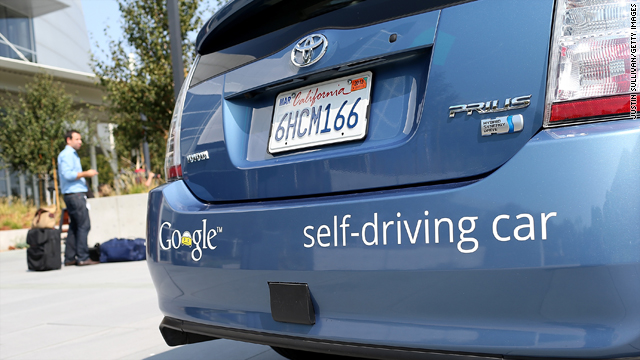 How would you feel about riding in a car that drives itself?

Imagine getting in your car in the morning and having it drive you to work while you answer e-mails, send text messages - or nap.

Fortune magazine reports on the so-called driverless revolution; and how self-driving cars could soon affect ordinary Americans and a wide range of industries.

Google's fleet of self-driving cars have already traveled 300,000 miles. There have been no accidents when the cars were controlled by a computer and only one fender bender with a human behind the wheel.

These customized cars use a combination of GPS, radar and a 3D mapping camera on the roof that can see traffic signals, lanes and pedestrians.

Cars that drive themselves are coming - it's just a question of when. Most of the big car makers are working on self-driving models.

And three states - California, Nevada and Florida - have already made self-driving vehicles legal - as long as a human is sitting in the driver's seat in case of an emergency.

Meanwhile these cars could boost worker productivity since the average commuter spends 250 hours a year behind the wheel. Or they could come in handy after you've had a few drinks.

Self-driving trucks could also transform the trucking industry. Just picture long lines of self-driving 18-wheelers traveling down the highway just a few inches apart: no drivers, no stops for gas or food. It could boost fuel efficiency by as much as 20%.

We'll need to keep driving ourselves for a while longer, though: experts say driverless cars should be more common in another 10 to 15 years when costs come down.

Here’s my question to you: How would you feel about riding in a car that drives itself?