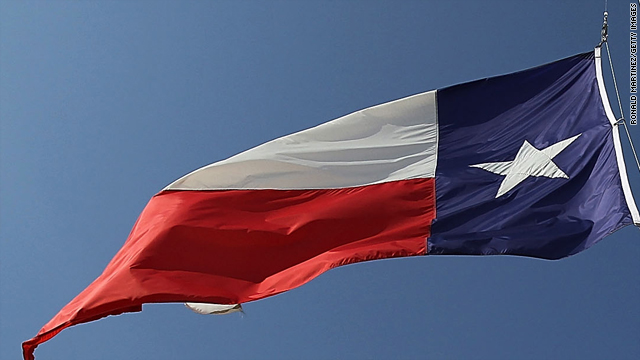 Should Texas be allowed to secede from the union?

Texas Gov. Rick Perry does not support a petition for the Lone Star State to secede from the union.

But a lot of people do.

The online petition asking the federal government to allow Texas to withdraw from the U.S. following President Barack Obama's reelection has nearly 100,000 signatures. It appears on a section of a White House website called “We The People" and cites economic difficulties due to the federal government's inability to cut spending.

Supporters suggest that secession would protect Texans' standard of living and "re-secure their rights and liberties."

The leader of the Texas secession movement tells Politico that Obama's reelection was a "catalyzing moment" for his group's efforts to leave the United States. He insists, "This is not a reaction to a person but to policy" and what they see as a federal government that is disconnected from its constituents.

Even though the number of signatures far surpasses the 25,000 required for a White House response, none has been made.

For his part, Perry says he "believes in the greatness of our union and nothing should be done to change it," although he says he shares the frustrations many Americans have with the federal government.

Texas is America's second-biggest state in area and population. It was its own nation for 10 years before joining the union in 1845.

And Texas isn't alone here. Petitions calling for secession of more than two dozen states - including Louisiana, Pennsylvania, Florida and Delaware – have been filed.

Here’s my question to you: Should Texas be allowed to secede from the union?