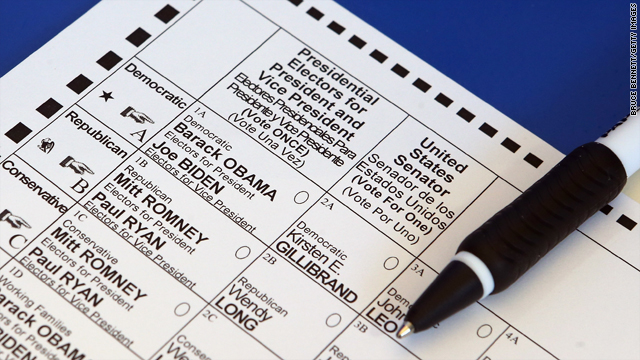 Why would voters say this election matters more than most?

A majority of voters say this election matters more than the elections before it.

According to a new Gallup Poll taken before Election Day, 70% said the outcome of the 2012 presidential election matters to them more than previous elections.

The poll also shows Republicans more concerned about the outcome than Democrats, which is not surprising with a Democratic president who was running for re-election.

All you have to do is take a quick look at the state of the union to see why voters may have found this election so crucial.

In 1996 and 2000, the economy was much stronger. There were no major wars or other international issues to worry about.

Concern went up sharply in 2004 - after the 9/11 attacks - and then again in 2008, with the Iraq war still going on and the country suffering through the worst recession since the Great Depression.

This time, it's hard to pinpoint all the worries facing voters. Of course, the economy and high unemployment were at the top of the list for many.

There's also Obamacare, the staggering annual $1 trillion deficits and the more than $16 trillion national debt, the looming fiscal cliff and what to do about tax increases and/or cuts in government spending.

As for international hot spots, take your pick: Libya, the showdown between Iran and Israel, and Syria.

Here’s my question to you: Why would voters say this election matters more than most?