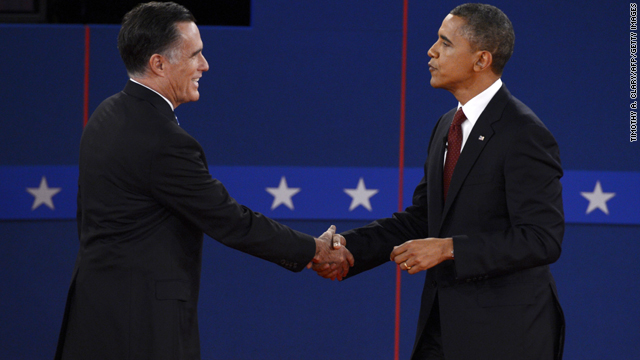 How many presidential debates are enough?

Two down, one to go.

That's the count when it comes to the number of presidential debates before Election Day.

While the debates offer the voters a rare chance to see the candidates face to face, and tens of millions of Americans are tuning in, these events are almost always a triumph of style over substance.

It's all about show business. But that's not surprising, because that's what we're all about: Real housewives, the Kardashians, Honey Boo Boo, you name it. The stuff that contaminates our TV screens night after night for the most part is garbage - reality shows, game shows. Politicians fit right in.

And the debates can sort of be like watching a puppet show. You have the handlers pulling the candidates' strings. You have coaches, contributors, advisers putting words in the candidates' mouths. And then after the fact, we have these same folks in the "spin room" telling us what we saw during the debates. If I watched the debate, I really don't need some political hack telling me what I saw.

The candidates never give direct answers to the questions. Instead they maneuver behind a safe barricade of campaign talking points and then just wind up talking about what they want, not the question that was asked.

In President Obama's case, it's a good thing there was more than one debate.

Maybe the third one will give us the answer.

As for Romney, there's always the chance he'll show up to the last debate with binders full of flip-flops.

Here’s my question to you: How many presidential debates are enough?