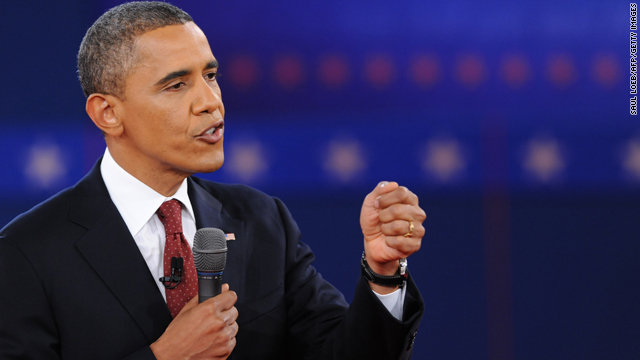 Why is the country so sharply divided when it comes to President Obama?

President Obama did better at the debate Tuesday night, but he's a long way from sealing the deal for a second term.

For example, Obama is one of the most polarizing presidents this country has ever seen.

According to a Gallup Poll, so far in October, a whopping 90% of Democrats approve of the job the president is doing, compared with only 8% of Republicans.

And the trend is not his friend. Obama's ratings have become more polarized each year he's been in office. Perhaps not surprising when he pushed through measures like Obamacare with no Republican support. Also controversial are his record government spending and what critics claim are Obama's efforts to grow big government.

Gallup points out that it's not unusual for a president's ratings to be the most polarized their fourth year in office, right before the election.

For now, George W. Bush's fourth year is still the most polarized of any presidential year since they started keeping track in the 1950s.

Another explanation is that feelings about Obama – and Bush before him – are partly a reflection of our hyperpartisan culture in which every issue degrades into a battle between left and right.

Here’s my question to you: Why is the country so sharply divided when it comes to President Obama?