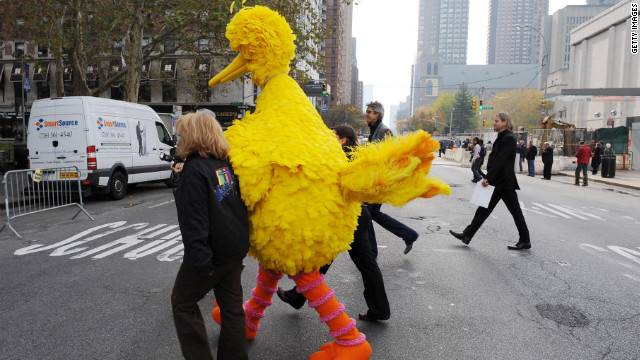 Why won't President Obama talk about Benghazi, instead of Big Bird?

While President Obama talks about Big Bird on the campaign trail, the real topic begging for answers is what happened in Benghazi on September 11.

But the murder of a U.S. ambassador and three other Americans amid what appears to be insufficient security is not something this administration wants to talk about.

Consider this: Up until today, there had been no White House press briefing for more than two weeks.

Meanwhile, it took the FBI three weeks to arrive on the scene in Benghazi after that deadly attack, allegedly for safety reasons. Three weeks.

This has rightfully raised concerns about sensitive documents being left unsecured at the compound. The State Department insists no classified documents were left on the premises. Really? A CNN reporter walked right into the consul and retrieved the ambassador's journal three days after the attack. What else was left behind?

The administration continues to change its story about what happened and why. Initially it said the attacks were a reaction to a film made by an American mocking the Prophet Mohammed.

More than a week later the administration called it a terrorist attack, potentially linked to al Qaeda, after it was learned a Libyan security official warned of a possible attack three days before it happened.

Now we learn that repeated requests for additional security were ignored.

Finally, the Benghazi timeline shows there were no protests before the attack.

There's a reason the president doesn't want to talk about Benghazi: The way it was handled before and after the murders is a disgrace.

Expect Mitt Romney to ask the president about all this when a future debate turns to foreign policy.

Here’s my question to you: Why won't President Obama talk about Benghazi, instead of Big Bird?

Pete in Georgia:
Well, Jack, consider his worshipping followers. 90% of them probably think Benghazi is an Italian line of shoes while feeling right at home with stories of Big Bird. For him to deal with reality, on any level, now that's REALLY foreign.

Rod:
Obama has to distract any attention from his record. They failed to secure our consulate in Benghazi and it tragically led to our ambassador's murder. Watching them try to blame a video was pathetic.

R. in Norristown, Pennsylvania:
Personally I do not want him to talk about it, especially when there is an investigation going on. Did it not occur to anyone that maybe there is a reason no terrorist group has taken responsibility? Maybe it is because they are afraid of the consequences. Do you really think it is a safe idea for the president or the Secretary of State to broadcast everything they know about the situation? I don't...

Mark in Louisiana:
Obama can avoid talking about what happened because the liberal media won't ask him the tough questions. You guys have been giving him a free ride since 2007.

BJ:
The administration can't talk about anything bad that has happened on the president's watch. It's so much better (and easier) to rail on an opponent's comments than to try and defend your own actions.

Hugh in New Jersey:
Because Romney talks about Sesame Street instead of Wall Street.

Michael in Florida:
Why are you always picking on Obama? I've got a big bird for you, Jack. And it's not yellow.