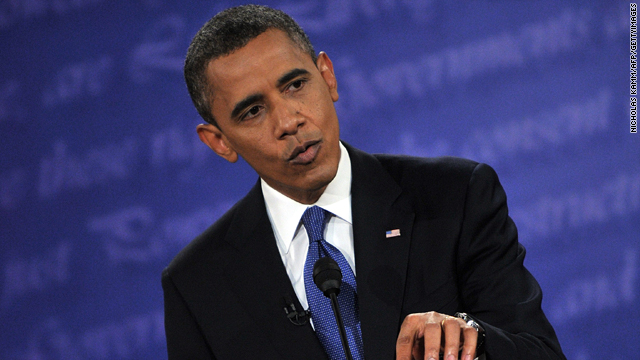 Why did President Obama do so poorly at last night's debate?

If President Obama had been a Broadway show last night, it would have closed after one performance.

Even the president's staunchest supporters were baffled by his lackluster effort.

MSNBC's Chris Matthews asked, "What was he doing?"

Commentator Andrew Sullivan said, "This was a disaster... He choked... He may even have lost the election tonight."

CNN did a poll of watchers right after the debate that showed by a margin of almost 3-to-1 – 67% to 25% - that they thought Mitt Romney won the first debate.

What happened to the mesmerizing president who captivated audiences in Berlin and Cairo more than three years ago?

Where was the visionary who saw a path forward for the country that was so compelling he became the first African-American president in our history?

Watching the debate last night, I got the impression Obama didn't want to be there. He seemed annoyed at times and disengaged. And he allowed Romney to get back in the race big time.

And when the debates shift to foreign policy, it's not likely to get any easier for the president.

The Middle East is a tinderbox. The murder of an American ambassador in Libya goes begging for an explanation as to why repeated requests for additional security at our consulate in Benghazi were turned down. And the White House won't answer questions about it except to say the FBI is conducting an investigation.

Here’s my question to you: Why did President Obama do so poorly at last night's debate?