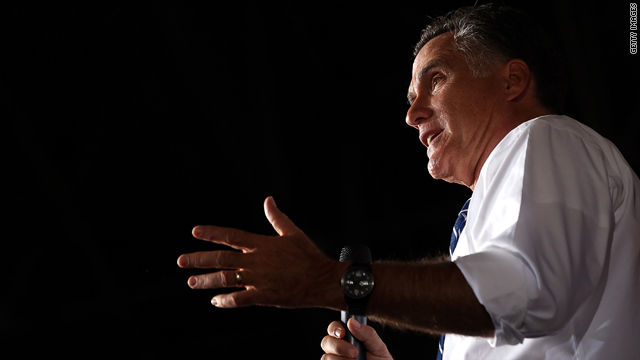 What can Mitt Romney do to win the first debate?

Christie says he thinks Romney will turn the election "upside down" and that it will be a "brand-new race" after the showdown in Denver.

It’s no surprise that Romney's people stepped away from Christie's predictions pretty quickly. They're trying to lower expectations, which is how candidates usually approach debates.

But let's suppose Christie is right. What would it take for Romney to win the debate and change the storyline of this election?

With more than 50 million people expected to tune in, many think Wednesday night is Romney's last best chance to turn the race around. He's been practicing for this debate for months, on top of the practice he got in the almost two dozen primary debates.

But here's the challenge: Romney needs to come off as likable and authentic and show that he can connect with voters. We've been hearing this for months, and apparently it's a real challenge for him.

A piece in The Daily Beast suggests the only thing Romney can do to change the race in a meaningful way is to get specific about his ideas. So far neither Romney nor Obama has been willing to do that. The voters are simply left wondering

Others say Romney needs to make Obama come off as condescending, like when he told Hillary Clinton she was "likable enough" in a 2008 debate.

Romney has reportedly been practicing zingers to use against the president. And while powerful sound bites get lots of play in the days after a debate, it's questionable if a few good one-liners will be enough to catapult him into the White House.

Here’s my question to you: What can Mitt Romney do to win the first debate?