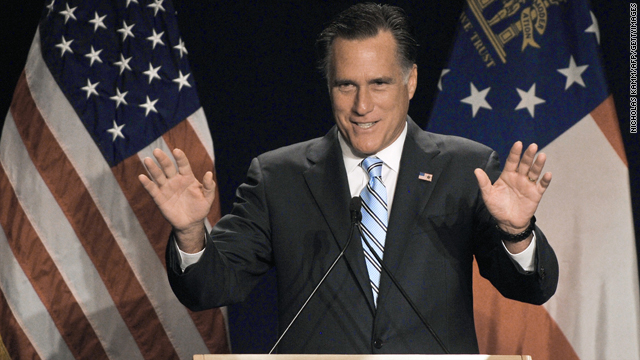 What does Mitt Romney have to do to right the ship?

Mitt Romney's latest unforced error has a lot of Republicans worried that his, and by extension, their, chances of winning this election are slipping away.

As Politico puts it, "If political campaigns have nine lives, nervous Republicans feel Romney has used up at least eight."

The latest gaffe comes courtesy of Romney's comments to a group of wealthy Republican donors in May when he said the 47% of Americans who support President Obama no matter what depend on the government for handouts and "believe they are victims."

The leaked video could damage Romney's support among some Republican voters like seniors or members of the military, not to mention Independents.

Which is why some Republicans, including Massachusetts Sen. Scott Brown and South Carolina's Lindsey Graham, are distancing themselves from Romney's remarks.

All this comes after Romney's bungled and highly political response to the Middle East riots last week.

"It's not big, it's not brave, it's not thoughtfully tackling great issues. It's always been too small for the moment ... an intervention is in order. 'Mitt: this isn't working.'"

Noonan writes that Romney, who's not good at news conferences, should stick to speeches and they "have to be big."

She says he should surround himself with a posse of top Republicans every day: people like Jeb Bush, Mitch Daniels, Marco Rubio and Chris Christie to show he's not in this alone.

Here’s my question to you: What does Mitt Romney have to do to right the ship?