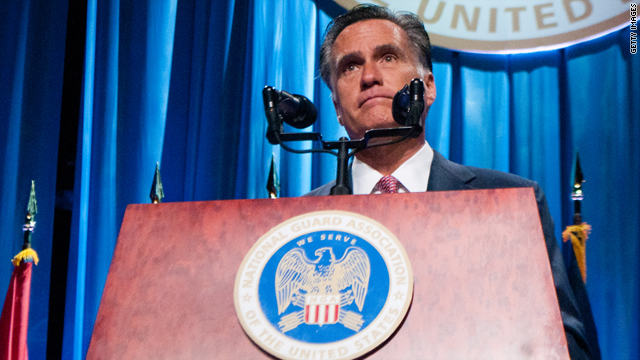 Did Mitt Romney kill his own chances of becoming president with his reaction to the violence in Egypt and Libya?

Mitt Romney may have done himself in.

At the very least, the Republican candidate for president likely damaged his chances of being elected by the way he reacted to the violence in Egypt and Libya.

Andrew Sullivan of The Daily Beast suggests Romney's response makes him "unfit" for the responsibility of running the country.

Sullivan lays out the reasons why he thinks Romney should be disqualified from being president.

Including Romney's knee-jerk judgments, based on ideology not reality, his inability to back down when he said something wrong and his argument that President Obama sympathized with the murderers of America's ambassador to Libya.

Criticizing America's Commander-in-Chief while U.S. interests were still under attack, and Americans were dying, comes off as amateur and un-presidential, and might just be political suicide for Romney.

Compare Romney's response to how the 1980 Republican candidates for president reacted to the Iran hostage crisis under President Carter's watch.

As The Atlantic points out, when news broke that an effort to rescue the American hostages from the Tehran embassy failed Ronald Reagan said, "This is the time for us as a nation and a people to stand united."

George H.W. Bush went even further, saying he "unequivocally" supported carter and it wasn't a time to "try to go one-up politically."

Mitt Romney has been around long enough to know better.

Here’s my question to you: Did Mitt Romney kill his own chances of becoming president with his reaction to the violence in Egypt and Libya?