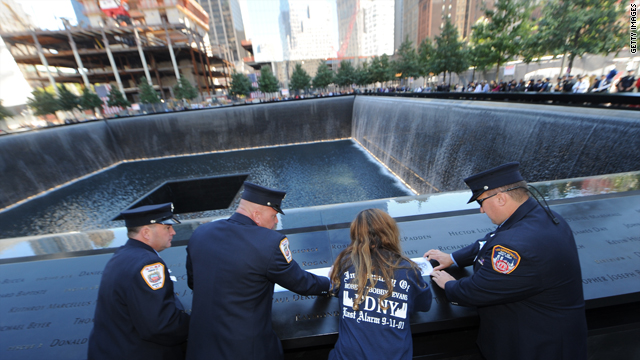 But a lot more has changed in the 11 years since those scary moments immediately after the terror attacks.

Think back to the days of duct tape, Homeland Security's color-coded terror alerts and anthrax scares.

Going through airport security can still be a hassle – even invasive – but for most of us, that's where the inconvenience ends.

With Osama bin Laden and many of his lieutenants gone terrorism is no longer a major source of worry for most Americans. It has been replaced by fears of an economy gone south and high unemployment.

But the threat of terrorism is far from gone.

In a piece called "A Stubborn Terror," Newsweek magazine reports on how al Qaeda keeps fighting back, with bin Laden's successor Ayman al-Zawahiri calling the shots for this global terror network.

Al Qaeda continues to grow in areas like Pakistan.

The group based in the Arabian Peninsula has staged three attacks on the United States, including the infamous Christmas "underwear bomber."

In Iraq, al Qaeda carries out bombings every month.

In North Africa, it has joined forces with other Islamist extremists and the groups are training terrorists from Algeria, Morocco and Nigeria.

In Egypt's Sinai Peninsula, a new al Qaeda group is trying to start a war between Egypt and Israel.

The fastest growing al Qaeda operation of all is in Syria, thriving on the Civil War and chaos. It carried out more than 60 attacks in June alone.

But the priority remains attacking the United States and Europe.

As Newsweek writes, "In fighting terror, our team has to stay lucky 100% of the time. Al Qaeda needs to be lucky only once."