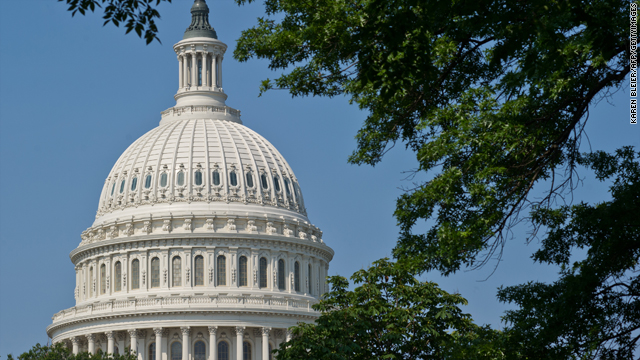 Bonnie in New Jersey:
What difference does it make? They're on vacation when they are at work. Can we do like the sports team owners and do a "lockout" when they come back?

Susan in Ohio:
Maybe they just need a break from their gruesome 3-day work week - the pressures of the job and all. What a joke they are. But the polls show not too many of us are laughing.

Kevin in California:
Because they are back meeting their constituents and updating them on all the things Congress has accomplished ... yeah, yeah, that's the ticket.

Debbie on Facebook:
We need to fire them all. Who else gets to go on vacation with work left incomplete? The rest of us would be fired on the spot.

David in Springfield, Missouri:
Because the Congress could care less about the American people. It’s all about “me, me, me” and using the hard-working people's money to fund the good ole' boy system in waste beyond human imagination. How do you think a person making $169,000 a year becomes a multi multi millionaire X 10?

Ron in Palm Beach, Florida:
They read the schedule, they haven't been worried about the country in three in a half years.

Bob in Ohio:
They deserve a vacation. It’s got to be exhausting work naming post offices session after session with no end in sight.