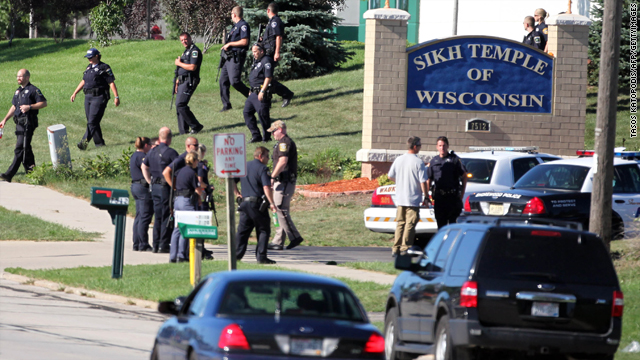 Vinny in Connecticut:
Here you go again, Jack, along with the anti-2nd amendment people. Chicago, which has some of the strictest gun laws in the nation, is the 'murder capital of the U.S.' Gangs, madmen, and other criminals don't obey the laws and will always manage to get guns. Since the police can't be everywhere all the time, it's up to us citizens to protect ourselves from these murderers.

Linda:
Wrong question. The correct question (and maybe more achievable) is: How can we teach men, particularly white men age 20-40, to deal with failure better? One psychologist after the Colorado shooting pointed out that many mass murderers are inept at dealing with failure in their lives.

Robert in Florida:
Jack, Changing gun control laws will not change psychopathic behavior. We have speeding laws and people still speed, we have drunk driving laws and people still drink and drive. We’re always trying to find something or someone else to blame instead of the perpetrator of the crime. The gun control fanatics need to look at the facts. The cities with the toughest gun control laws have the highest violent crime rates. The old saying stands true today. “If you make guns illegal only the bad guys will have them”.

D.P.:
It starts with the NRA. Guns are big business, so that's where the money and power is coming from. The NRA won't say it publicly, but the NRA and the gun dealers have a vested interest in this escalation. They benefit not only from the sale of guns that end up in criminals’ hands, but now ordinary citizens have reason to buy more guns.

Peter:
The one thing that will change the laws is when (not if) a couple of politcians' kids or grandkids get killed. I hope it never happens but that's what it will take.