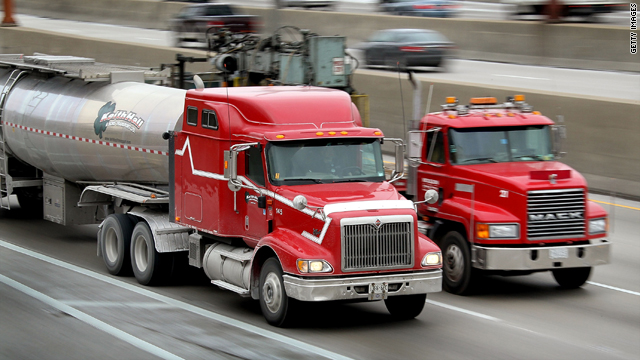 P.:
Could it be that we have made the unemployed masses comfortable in their unemployment? As long as they are getting money and benefits from the federal and state government, why give up the easy life?

Thomson in Batavia, Illinois:
I have been driving a semi for 11 years. To drive a truck you have to have a certain type of character: You can’t be bothered spending a lot of time away from home. You have to be ready at all times because your schedule may change and you would be required to either report to work immediately or wait at a location because a load is not ready or drive at midnight when everyone else is sleeping.

J. in Missouri:
Jack, If I drove a huge semi, you would want to get off the road.

John in Lake Charles, Louisiana:
For the same reason they don't want to pick vegetables, Jack. They want to sit on their butts in an air conditioned office playing with their smart phones all day and getting paid for it.

Lou:
Middle class Americans are the new snobs. They feel they are too good to do many of the jobs our parents raised their families on. A good friend of mine is a librarian who has to help the unemployed apply for jobs online and she says you wouldn't believe the jobs unemployed people turn their noses up at. They expect high pay, great benefits, AND a 'challenging' or 'interesting' work environment.

George in Pennsylvania:
My 4 year old grandson has visited the Mack museum in Allentown, Pennsylvania and says he wants to be a truck driver. If they can hold the position for another 20 years I'll remind him, if I'm still around.