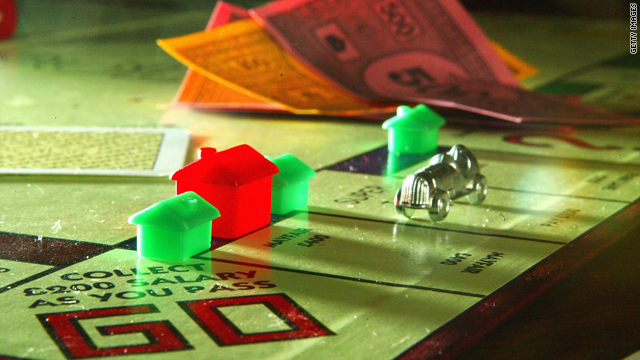 How much money would it take for you to "feel" wealthy?

A new survey of millionaires finds more than one-quarter of them say they don't feel wealthy, but they would if they had an extra $5 million.

The Fidelity Investments Millionaire Outlook Report finds the average millionaire is about 60 years old and has at least $3 million in assets.

The survey also shows 14% of today's millionaires say they grew up wealthy while a whopping 86% describe themselves as "self-made."

And according to this report, millionaires' outlook on the future financial environment is the highest it has been in the survey's history. Let's hope they're right.

Meanwhile, there are a million different definitions for what being "wealthy" means.

I bet it's safe to say Mitt Romney's idea of wealthy is a far cry from your idea or mine. Wealth is relative in many ways. If you are free from financial worry, have enough set aside to secure your retirement and can afford a few luxuries such as vacations, maybe a second home or a fancy car, you may well consider yourself wealthy.

But for the Donald Trumps of the world, too much money is never enough. They are driven continually to amass more wealth, buy another company, make another deal. Sometimes not stopping to appreciate what they have. And the accumulation and management of that kind of money involve tremendous stress and energy.

The saying - "Money can't buy happiness" - is true, but it can buy peace of mind.

Here’s my question to you: How much money would it take for you to "feel" wealthy?

Tim in Hays, Kansas:
Jack, I think that depends on how one was raised. I was raised by a father who was a manager at a pizza parlor and a stepmom who didn't work. There were 5 of us and we lived on less than $18K a year. Even though I know I have to pay these student loans back... between the $16K in loan money, the tuition waiver for being a Graduate Assistant, and my $7,000 salary, I already feel rich – comparatively speaking.

Pat in Wyoming:
About $3 million would do it. Anyway, lots more than it used to be. Millionaires aren't so rare.

Jorja in Bethlehem, Pennsylvania:
I think about $35,000 would do it for me. All I would like to do is pay off everyone I owe and that would make me feel rich! I am 60 years old, worked since I was 15 and am now disabled. I get a whopping $847 a month.

Jim in Reno, Nevada:
Jack, It seemed like a million dollars in net worth was the magic number for a long time, but I don't think seven figures makes the grade anymore. It seems like you need to be worth several million just to be comfortable, live in a nice home, be able to take regular vacations, and be assured of a nice nest egg to leave to the kids. I think "wealthy" is now eight figures.

Bernadette on Facebook:
Not much. A full time job with health insurance would make me feel wealthy.

Helen in Phoenix:
I never considered myself to be wealthy, but I don't buy anything I can not afford and I'm pretty content with my lifestyle. However, my relatives and children must think I'm rich because I'm the first person they come to when they need money.