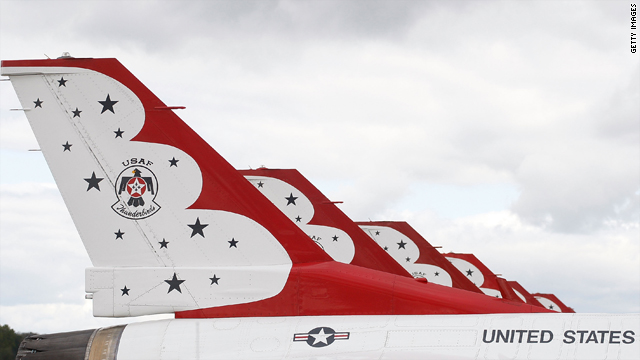 Should we cut 10 percent of federal workers instead of cutting defense?

With mandatory federal spending cuts looming on the horizon, some Republicans say we should cut 10% of the federal work force instead of slashing the Defense budget.

Writing in Politico, Congressman Tom Price of Georgia and Congresswoman Vicky Hartzler of Missouri warn that the planned defense cuts would have "devastating consequences."

They say it would mean layoffs for more than 200,000 members of the military. In effect, downsizing our military to the lowest levels in decades.

They say we could be risking national security if we can't keep up militarily with the rest of the world.

The House Armed Services chairman describes cuts to the defense department this way: "We're past cutting the fat and past the muscle. Now we're cutting into the bone."

Price and Hartzler argue for a House Republican plan that would put off these defense cuts for one year. They would do this by trimming the federal workforce by 10% "through attrition."

In other words, for every three federal workers who leave their jobs, departments could only hire one worker.

It's no secret the federal workforce has long been criticized as bloated and inefficient and could probably stand a haircut.

Meanwhile these upcoming spending cuts all go back to the so-called Super Committee's inability to agree to a deficit reduction plan.

Its failure meant $1.2 trillion in across-the-board cuts over the next decade. About half are expected to affect the defense budget.

Meanwhile these cuts don't even begin to put a dent in government spending. We are still running annual deficits of more than $1 trillion.

Here’s my question to you: Should we cut 10% of federal workers instead of cutting defense?