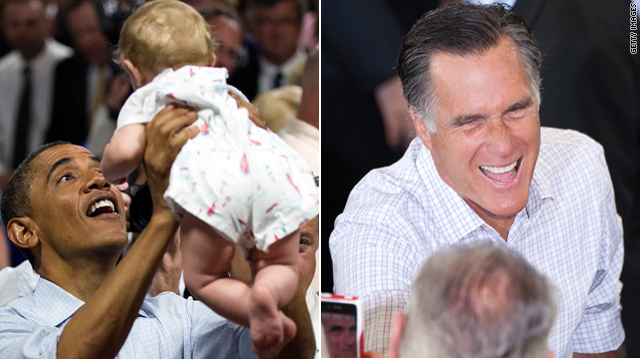 Is it more important for a president to be able to handle the economy or to be likable?

With the election just three months away and the economy struggling, a new poll suggests Americans overwhelmingly trust Mitt Romney to get the economy back on track.

The USA Today/Gallup poll shows by more than 2-to-1 - 63% to 29% - Americans say Romney's business background would help him to make good decisions about the economy.

The Obama campaign better take note. This poll suggests the president's strategy of relentless attacks on Romney's record at Bain Capital and his business background could backfire - big time.

With unemployment above 8% for 41 months, Americans might not care about what Romney did 10 years ago. What they care about is someone fixing the economy today. In fact, a lot of voters probably find Romney's business background to be a plus.

Meanwhile, the president has his own strengths over his GOP rival. This same poll shows by a margin of 2-to-1 that voters say Obama is more likable than Romney. By wide margins, voters say the president understands their problems better and that he's more honest and trustworthy than Romney.

Which sets up an interesting dilemma come Election Day:

Will Americans vote for the candidate who they believe can fix the economy - the nation's top issue - or the one they like more?

Here’s my question to you: Is it more important for a president to be able to handle the economy or to be likable?