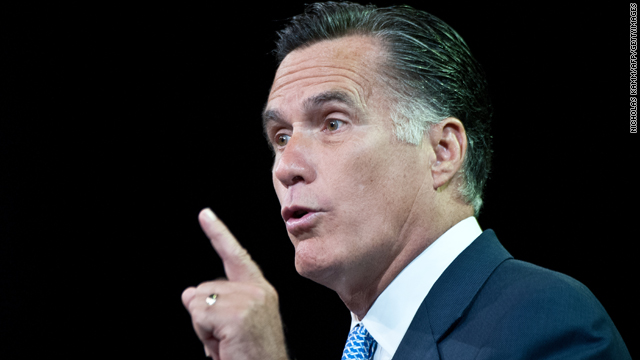 Do you have a problem with Mitt Romney's money?

One in five voters has a problem with Mitt Romney's money.

According to a new Gallup Poll, 20% of those surveyed say Romney's net worth of over $200 million makes them less likely to vote for him for president.

While only 4% say his money makes them more likely to vote for him.

Democrats and independents make up most of those who say they're less likely to support romney because of his riches.

Most of these Democrats probably won't be casting a ballot for Romney anyway but when it comes to independents, we all know how important they are - especially in swing states.

Voter income plays a role in all this. Nearly 30% of those making under $24,000 say they're less likely to support Romney because he is rich.

Romney's money has become a campaign strategy for President Obama and the Democrats. Call it class warfare.

They've been highlighting Romney's wealth, how he made many of those millions working for the venture capital firm Bain Capital, and how he's yet to release all of his tax returns for the last decade.

President Obama, who is also a multi-millionaire, wants to convince Americans that Romney can't relate to poor and middle class Americans - and that his policies as president would mostly help the wealthy.

Of course this is America and it's no crime to be rich. There's also an argument to be made that as the economy keeps sputtering along, a businessman in the White House wouldn't be the worst thing for this country.

At this point it's unclear if poverty and high unemployment will prevent Americans from voting for a rich guy. A very rich guy.

Here’s my question to you: Do you have a problem with Mitt Romney's money?