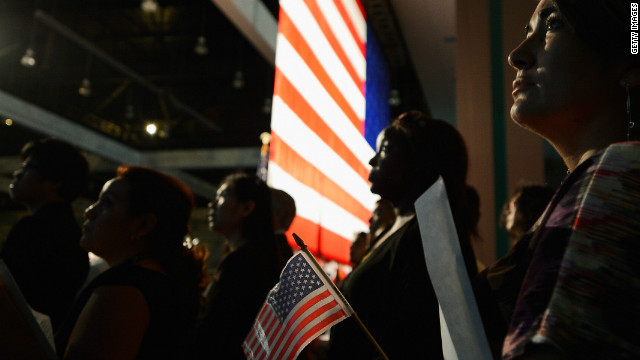 What does race have to do with achieving the American Dream?

Turns out the American Dream may not be for everyone.

A new report by the Pew Charitable Trusts shows that a family's race, economic background and neighborhood play a role in economic mobility.

The study finds that while 84% of Americans have higher incomes than their parents did at the same age, those born at the top and bottom of the income ladder are likely to stay there.

When it comes to race, African-Americans are less likely to top their parents' income and wealth than whites are. And blacks are more likely to be stuck at the bottom of the ladder or fall out of the middle.

This study couldn't even measure black mobility in the upper income levels because the number was too small.

Meanwhile here's another piece to the wealth inequality puzzle:

This wealth inequality is due to many factors including the implosion of the real estate market along with higher unemployment rates among minority groups.

Statistics like these are one of the many reasons why President Obama is such an historical figure.

He is america's first ever African-American president - with a background that certainly wasn't privileged. But Mr. Obama is the exception, not the rule.

And the rule is, if you're born poor, you're probably going to stay that way.

Here’s my question to you: What does race have to do with achieving the American Dream?