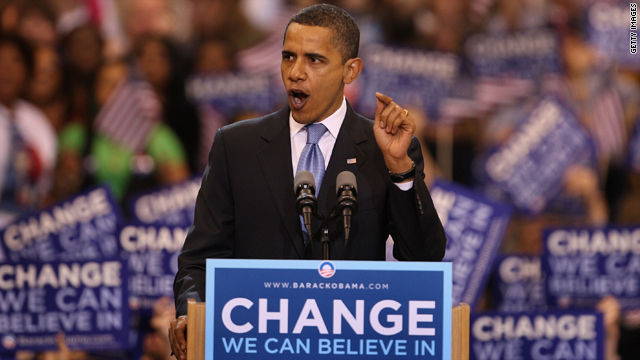 What kind of 'change' did President Obama deliver?

Barring some cataclysmic surprise as election day nears and people decide who they're going to vote for, it will likely come down to what it always comes down to - the answer to that eternal question: How am I doing?

In 2008 President Obama won by promising to change America.

And he has. Trouble is some people think he's changed it for the worse.

Mitt Romney remains pretty much an unknown, except for his time as governor of Massachusetts.

He wants lower taxes, fewer regulations, more defense spending, and an end to what he calls the "kick in the gut" of 8.2% unemployment.

The wild card for the winner of the presidential election is Congress.

The Democrats control the Senate. The Republicans control the House. And unless that changes, it's doubtful whoever wins is going to get much done.

But one thing's for certain: This is not the same country President Obama took over when he was inaugurated in January of 2009.

The middle class is rapidly disappearing and the hope that President Obama spoke of along with change is increasingly tough to come by.

The fact is the U.S. may have changed forever. And not for the better.

Here’s my question to you: What kind of "change" did President Obama deliver?