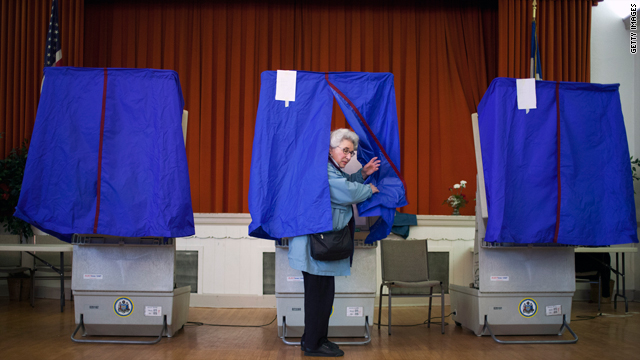 Andy:
Having been born and raised in Ohio, I'll say yes and no. On one hand, the Electoral College is outdated, and getting rid of it would avoid this whole issue. That said, it does feel nice to know your vote seems to count a little more when you vote in a swing state (although you have to suffer through far more political ads than the rest of the states do for it).

Tyler in Pennsylvania:
As a proud Pennsylvanian and a Democrat, I enjoy it. It makes up for being irrelevant most years in the primaries.

Ed in Texas:
I'm okay with Ohio and Pennsylvania. But ever since the election of 2000, Florida should be on some kind of probation.

Bob in Iowa:
Jack, You forgot about Iowa. They tell us here we're first in the nation. Well, sir, no Sweet Corn for you, and it's early this year.

Bob in Ohio:
Better yet we could find out which key areas in those three states determine the electoral vote outcome and have only them vote for president. Just think of all the aggravation they would save the rest of the country.

James:
Jack, It is the system we have. It is like being married. Not what you dreamed about, but what else can you do?

Tom in Atlanta:
Let's just be thankful it's not California!