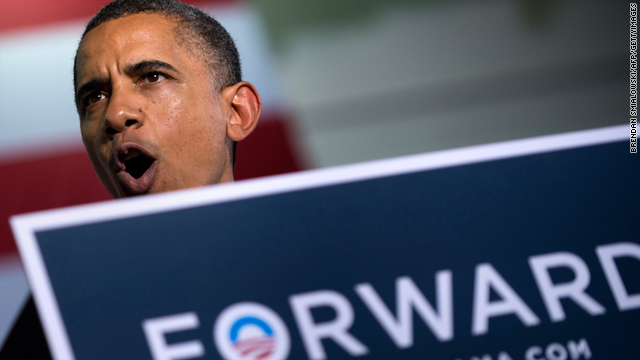 Economists give the president and Congress a 'D' on the economy. How would you grade them?

President Obama and Congress get a big fat "D" when it comes to their handling of the economy.

CNNMoney asked 20 economists to grade our leaders, and both the president and Congress received "D" averages.

It's hard to imagine any other profession where you could perform at this level and keep your job.

These experts say Congress is more interested in scoring political points than in helping the economy. They're also worried about the so-called fiscal cliff and the looming disaster if Congress can't get its act together.

But Congress doesn't seem too worried about any of this. Bloomberg news reports that congressional leaders may delay the $1.2 trillion in automatic spending cuts until March. These cuts are scheduled to start in January.

At the same time they might temporarily extend income tax cuts and other tax breaks.

In other words, kick the can down the road some more without making any serious choices. That "D" grade is looking a little generous.

Meanwhile, ordinary Americans continue to suffer under the weak economy.

A new survey shows 28% of Americans have no emergency savings. Nothing. Zero.

The general rule of thumb is to have enough savings to cover at least six months of expenses. Only one in four people have that.

And just last week Federal Reserve Chairman Ben Bernanke said he expects the unemployment rate to remain above 8% through the end of the year.

The real absurdity is Congress and the president will look at you with a straight face and tell you how they think they deserve to be re-elected.

Here’s my question to you: Economists give the president and Congress a "D" on the economy. How would you grade them?

Dan in Pennsylvania:
To both parties in both houses for wrapping dog poop in Tootsie Roll wrappers, politicizing it as candy, and then claiming the other side won't vote for their wonderful legislation, I'd give them all “F’s”. I think the president has tried but was unable to finish the deal through no fault of his own. I'd give him a C: A for effort; F for results.

David in Tampa, Florida:
I would give the president a "D+" on the economy. I would give Congress an “A” for absent or abysmal or asinine. I think these people should reimburse the government for two years of unearned paychecks.

Richard in Texas:
I don't think that anyone is very proud of our Congress, except for the congressmen themselves. When I look at these people as a group I am reminded of the Peter Principle (promoting someone to the level of their incompetence). These folks have all been promoted far beyond their level of competence.

H.:
I would give them a big fat “F”. We have been downgraded simply because Congress and the president can't get anything done. If Obama doesn't start getting assertive with Congress, he can kiss a second term goodbye.

Larry in Houston:
The president gets a D +. Congress gets a F. At least we know what Obama is going to do if he's re-elected. As for Romney, if he's elected, then he will get the elevator and the middle class will get the shaft.

Mike in Minneapolis:
I'd give Obama a C+. I'd give Congress a good, swift kick in the A.