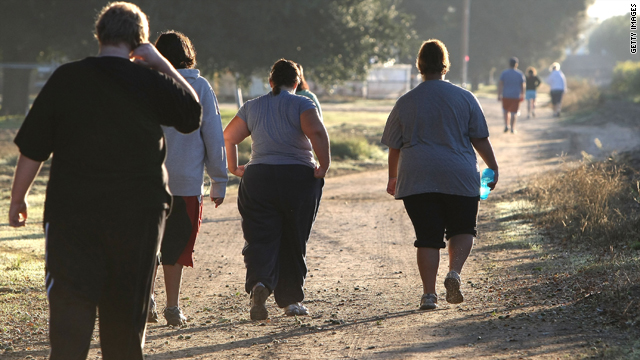 What does it mean if most of the world’s excess body fat is in the U.S.?

Most of the world's extra body fat is attached to bodies living right here in the U.S.

New data from the UN and the World Health Organization shows that the entire adult global population is nearly 17 million tons overweight.

And researchers in London found that while the average global body weight is 137 pounds, the average weight in North America is 178 pounds.

In other words we are 41 pounds heavier on average than the rest of the world.

Not shocking since 2/3 of the U.S. is either overweight or obese. But wait, there's more:

Compare that to Asia which has 61% of the world's population but only 13% of its weight due to obesity.

One researcher tells the BBC that if every country had the same fatness we have in the U.S. it would be like an extra billion people of average weight.

And scientists say this global fatness is a real concern. It's straining the world's food supply and environmental resources. Fatter people need more energy - and they eat more.

This means the competition for environmental resources isn't always about population growth, "when it comes down to it, it's not how many mouths there are to feed, it is how much flesh there is on the planet." And we've got plenty of flesh to spare here.

Experts suggest the best way to fight global fatness is programs that encourage more physical activity - like walking and cycling.

Here’s my question to you: What does it mean if most of the world’s excess body fat is in the U.S.?

Larry in Houston:
It means that we don't do the manual labor like our forefathers used to do. It's not going to change anytime soon – as long as the computer age stays around.

Richard in South Dakota:
Obesity is the price of convenience.

Iree:
I'm not sure, but it’s not an excuse for the government to control what free Americans eat and drink. Shame on Mayor Bloomberg and those like him.

Gordon in Hardy, Virginia:
While we are blessed in this country by an over-abundance of things to eat, there's an effort underway for quite awhile to try and get people to think healthy and eat healthy and exercise. Unfortunately, I don't think it's working real well.

Robert:
It's called prosperity. Something they don't have in Ethiopia.

Ed in Maryland:
America finally has something to export. We're back!