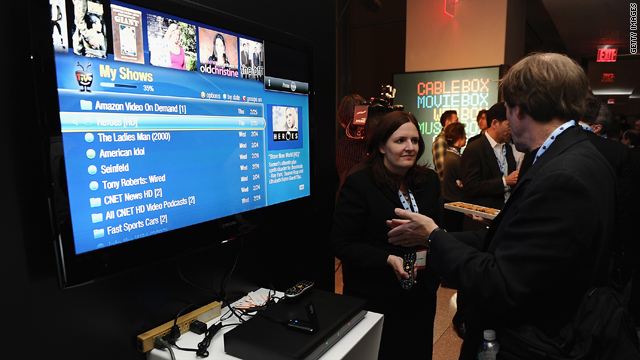 What has the economy forced you to give up?

Growing signs that the troubled economy keeps taking its toll on Americans in ways both big and small.

A survey by GFK media shows that younger Americans, minorities and poor people dropped cable TV in the highest numbers - opting for broadcast or free TV only.

Industry insiders had worried people would dump cable TV in favor of online TV options but according to this survey, most people are cutting the cord because they need to cut costs.

Of course millions of Americans have been forced to cut much more than cable - including their homes, cars, vacations, grocery bills and medical care.

It's no surprise when you consider the drastic collapse in Americans' net worth.

A CNN/Money analysis of Census Bureau data shows that without including home equity, median household net worth fell by 25% from 2005 to 2010. When you include housing, the loss was 35%.

The great recession has wiped out nearly 30 years of net worth gains for the typical household. 30 years.

Once again, some groups are hit harder than others. Asian, black and Hispanic households lost about 60% of their net worth compared to 30% for whites. Young Americans also lost a bigger share of their wealth than their parents.

A Labor Department report shows the number of job openings fell in April.

The drop means there are 3.7 unemployed people looking for jobs for each opening.

Here’s my question to you: What has the economy forced you to give up?

Liz:
Eating out, weekends at the beach, steak, hair color, expensive cosmetics, name brand dog and cat food. (We cut back, they can too.) Actually if we don't really need it, I don't buy it.

Ruth in Indianapolis:
Hope for the future and a belief in anything. It's all downhill now.

Allen in Houston:
The bad economy has hurt many people just like me. My house now holds 7 people, before it was just me and my wife. Vacations are now a fantasy. No more luxuries, just the basics. A new car will have to wait several more years.

Richard in Rapid City, South Dakota:
Since my income barely covers my bills, food and obligations, and leaves nothing for recreation and luxury items, I consider myself to be a slave. The economy has cost me freedom.

Dale in New Mexico:
It's put a crimp in just about everything: restaurants I like to go to, things I like to eat, and places I like to go to. I can't even go on short road trips anymore; things have gotten really bad these days.

Gary in San Jose, California:
The poor economy has encouraged me to give up the wasteful things that I didn't need like overpriced food, wine, cars and toys. I find myself wanting to do things with the stuff I already have instead of wanting something new and I think that's a good thing. Happiness doesn't cost too much.