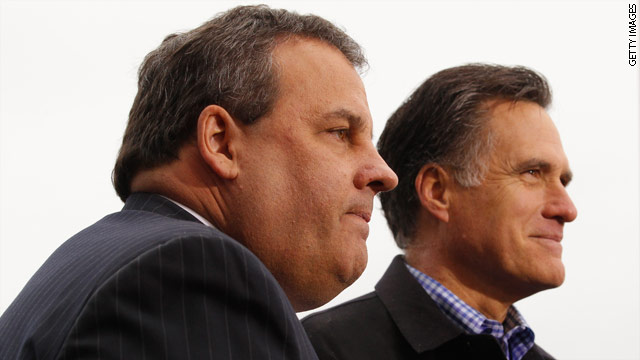 What would Chris Christie bring to the GOP presidential ticket?

Chris Christie says Mitt Romney should call him when it comes to the No. 2 spot on the Republican ticket.

The popular New Jersey governor tells Newsweek magazine that he's not sure how he'll react if Romney asks him to be his vice president, that it all depends on what Romney says.

Christie adds it's possible he'll say "no", even though he's not even sure he'll get the call.

But Mitt Romney ought to seriously consider Christie. The ever-outspoken, down-to-Earth Christie could help the often-aloof, seemingly removed Romney in many ways.

Voters like Christie's honesty and bluntness – and he connects with them in a way that Romney just can't. Plus Christie could fire up the base, especially those who think Romney hasn't been a strong enough conservative voice.

As Newsweek points out, Christie has succeeded in both identifying and mastering the defining public policy challenge of this era: reining in the cost of government.

His willingness to take on the teachers' unions and public sector workers and cut government spending in New Jersey is what the rest of the country needs to do.

It's just one reason why Christie would be a bold choice. But it might also be one that Mitt Romney is not prepared to make.

That's because Christie comes with risks too. Being outspoken isn't always what you want in a vice president. Just ask Barack Obama.

But if it happens, those vice presidential debates between Christie and Joe Biden would definitely be must-see TV.

Meanwhile, if Christie doesn't get tapped as Romney's No. 2, there's growing buzz he could be the keynote speaker at the Republican convention this summer. Once again, must-see TV.

Here's my question to you: What would Chris Christie bring to the GOP presidential ticket?