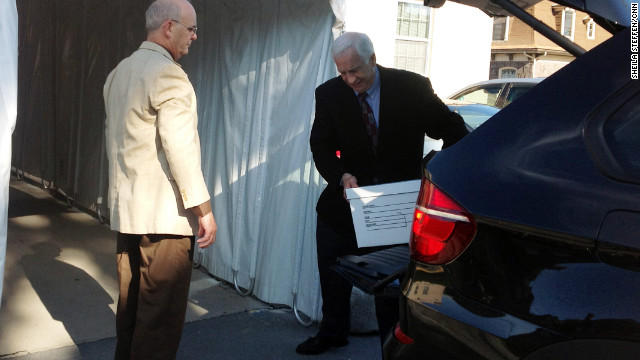 Why haven't we done a better job protecting our kids from pedophiles?

(CNN) - Periodically we are reminded of the horrible national disgrace of child sexual abuse.

A few years ago, it was the systemic abuse of children by some priests in the Catholic Church.

The sins of the church and these priests were covered up for years as the offending pastors were simply transferred from one parish to another when their deviant behavior was discovered.

Little or no thought was given to the children who were scarred for life by these violations at the hands of people they were taught to trust and respect.

Now the eyes of the country are focused on a place called Happy Valley, Pennsylvania. For a lot of kids, not so much.

It's the home of Penn State University, the late legendary coach Joe Paterno and another far-reaching child sex abuse scandal. This time allegedly at the hands of former assistant football coach Jerry Sandusky.

The testimony of what happened to his alleged victims is stomach-turning.

Again a large, trusted institution became a breeding ground for this most horrendous behavior, and it was allowed to continue even though a lot of people who should have known better did.

There is also a child sex abuse scandal being uncovered at a prestigious private school in New York, Horace Mann.

The New York Times detailed horror stories about three former teachers - all dead now - who allegedly abused male students decades ago. The report also questions whether the former head of the school knowingly allowed this behavior to continue.

Since the piece came out, additional students - male and female - have come forward with allegations of abuse, some naming teachers not mentioned in the original report.

But it's not just Horace Mann, Penn State or the Catholic Church. This stuff goes on all the time at every level of society.

And because children can't vote, don't have any money and can be easily ignored, not enough is done to prevent it.

Here’s my question to you: Why haven't we done a better job protecting our kids from pedophiles?