If President Barack Obama went to a fortuneteller this week, he might ask for his money back.

In his Washington Post column titled "Pileup at the White House," Dana Milbank writes how Commerce Secretary John Bryson's weekend car crashes - and possible felony hit-and-run charge - are just the latest in a string of bad news for the president.

Bill Clinton contradicting the president, Mitt Romney raising more money, Congress squawking about national security leaks they say are coming from the White House and the president himself stupidly saying that the "private sector is doing fine." Really?

Milbank writes that all this adds up to one of the worst stretches of Obama's presidency: "There is a creeping sense that the bottom has fallen out and that there may be no second term."

Milbank says that top officials in the Obama administration privately say they are no longer expecting much economic improvement before the election.

Plus, there could be more bad news for Obama around the bend:

The Supreme Court is expected to rule any day now on the fate of the Affordable Care Act - widely known as “Obamacare” - as well as Arizona's controversial immigration law. Obama has a lot riding on both of these decisions.

With less than five months to go before the election, there's no doubt the president could use some good news.

Working in his favor is the fact that polls show voters like him and he has high favorability ratings, but that might not be enough to prevent him from his own car wreck come November 6. 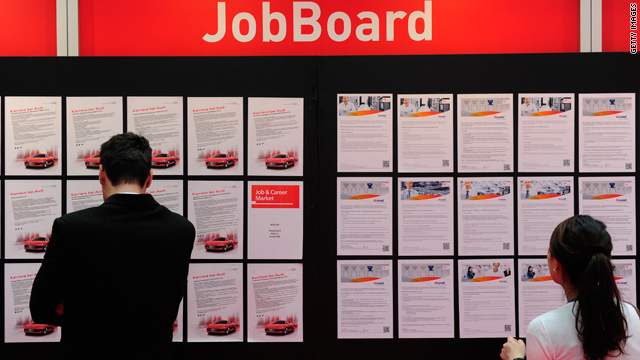 How worried are you about losing your job?

It's tough enough to hold a job these days without having to constantly worry about losing it.

CNBC.com reports on the five tell-tale signs that your job might be on the chopping block:

1) So-called mergers can spell trouble - because many jobs get duplicated.

2) Getting passed over for a promotion is a bad sign - especially if you're more qualified than whoever gets picked for the job.

3) There may be a pink slip in your future if you're asked to share your files or update another team member on all of your projects. This includes being asked to share passwords, client lists and contact information.

4) If you're assigned to a short-term project that has little to do with your regular job, it could mean your job won't be waiting for you when you're done.

5) A computer can do your job.

Human resources experts suggest there are some things you can do to help keep your job - like asking for feedback, tracking your goals and building a portfolio of all your accomplishments.

But even if you do all the right things, you could still wind up on the street. The U.S. is facing a long-term unemployment crisis. There are nearly 5.5 million people who have been out of work for more than six months.

That's about 43% of all the unemployed. Economists call it a national emergency.

And if you're not already worried about losing your job, all you have to hear is that statistic that the net worth of the average family has declined 40% from 2007 to 2010 and you'll be volunteering to work nights and weekends.

Here’s my question to you: How worried are you about losing your job?