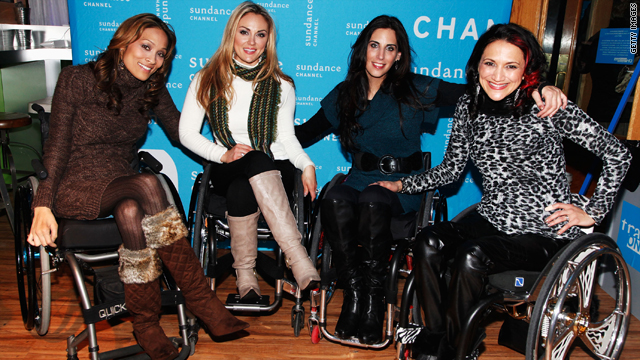 (CNN) - Reality TV is set to conquer the final frontier - or try.

A Dutch company says it's planning a reality show about a group of humans colonizing Mars in 2023.

The mission is backed by a co-creator of the show "Big Brother" as well as a Nobel-winning physicist.

The company is billing it as the "biggest media event ever.” They say viewers will follow the selection and training of the colonists and ultimately their settlement on Mars.

It's the next logical step, I suppose, in the phenomenon of reality TV. After all, they've already done about everything else, haven't they?

Just this week, the Sundance Channel launched "Push Girls." It follows the stories of five women in wheelchairs and shows what life is like after paralysis.

Reality TV took off in the 1990s with "The Real World" on MTV. Producers got a group of strangers to live together in a house and just let the cameras roll.

Soon a whole industry was born.

Now there are competition shows such as "Survivor," "The Apprentice" and "The Amazing Race."

There are shows about pregnant teenagers, about families with eight kids ... and with 19 kids, "Real" housewives of various locales, the Jersey Shore, weight loss shows, programs about over-the-top sweet 16 parties as well as pseudo-celebrities such as Paris Hilton and the Kardashians.

From “Survivor” to women in wheelchairs to what next?

Reality shows are cheap to produce and viewers like them. They're television's answer to a prayer.

Here’s my question to you: What's the outer limit of reality TV?