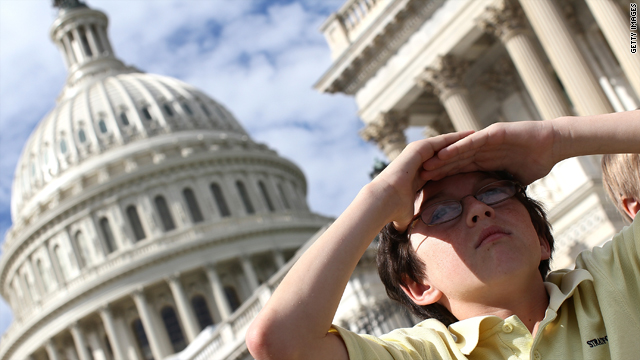 What does it mean when 6 in 10 people worry about their children achieving the American dream?

CNN - A majority of Americans worry about their children achieving the American dream.

A new USA Today/Gallup poll shows that nearly 6 in 10 Americans are dissatisfied with the opportunity for the next generation to live better than their parents.

It's a sad commentary on the state of our country: parents have always dreamed of a brighter future for their children than what they had.

The reality is many of us may wind up working longer, and retiring later, than anticipated.

The CEO of the international insurance giant A.I.G. tells Bloomberg News that the retirement age could eventually reach 80 in light of Europe's debt crisis.

As we live longer, raising the retirement age is one way to make pensions and health care more affordable.

As Europe sinks deeper into financial crisis under the weight of massive government debt, a piece in The Daily Beast describes young European adults as the "screwed generation."

In countries like Spain, Greece, Portugal and Italy, the Baby Boomers have held onto generous jobs and benefits leaving little opportunity for their children. In Spain and Greece nearly half of adults under the age of 25 don't work.

There's an increasing sense of hopelessness as young Europeans simply give up on raising families.

And the U.S. could be next.

Young Americans are being crushed by college debt. And even with college degrees, many of them can't find jobs. Consider this: a majority of unemployed Americans older than 25 attended college.

Here’s my question to you: What does it mean when 6 in 10 people worry about their children achieving the American dream?