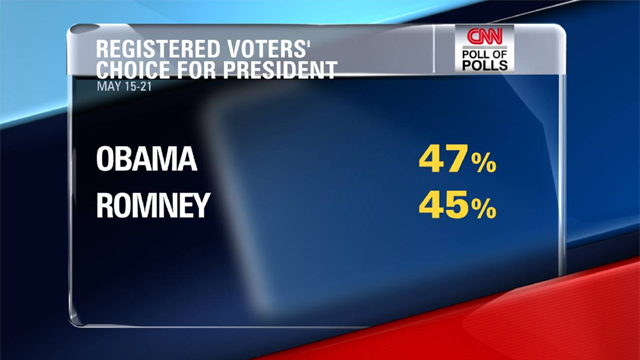 How much faith do you put in polls?

With more than five months to go before election day, there's one thing you can count on: the polls.

There will be polls. Lots and lots of polls.

Some of us in the media tend to hyperventilate about the latest polls, their significance, and what we can read into them. but it's worth remembering that sometimes, they're just numbers.

The Los Angeles Times has a smart piece that lays out some rules on how to be smart about the polls.

For starters, don't forget the limits of national polls.

While presidential elections are fought out state-by-state in the electoral college, most polls are nationwide. It's too expensive to keep polling all the battleground states individually.

So while national polls can be helpful, they may hide important changes at the state level.

Next up: don't obsess about small shifts in the horse-race numbers.

Small bounces in the polls for Pres. obama or Mitt Romney from week-to-week are likely a result of natural changes in the statistical sample. Instead - pay attention to what issues are moving voters.

Another hint: be skeptical of apparent big swings. They usually don't happen in the general election.

Every polling organization does things a little bit differently, which could explain significant "shifts" in surveys done by different pollsters in the same state.

Lastly, this Los Angeles piece suggests it's wise not to set out looking for a poll that supports what you already think, "as the saying goes, some people use data the way a drunk uses a lamppost - for support rather than illumination."

Here’s my question to you: How much faith do you put in polls?