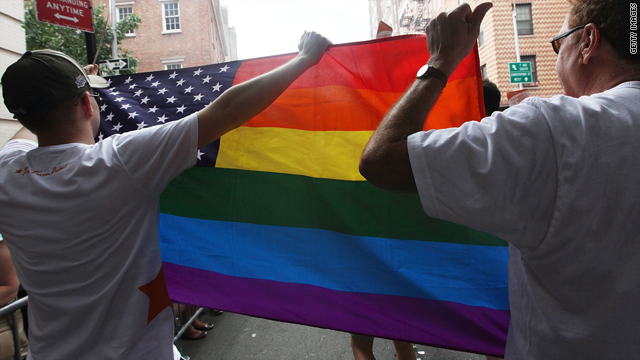 President Obama has been in office for 3 1/2 years and has artfully dodged the question of whether same-sex couples should be allowed to marry.

Suddenly his vice president, Joe Biden, comes out publicly and says he doesn't see anything wrong with gay marriage.

And right away people want to know where the president stands.

Then the voters of North Carolina go to the polls and overwhelmingly pass a constitutional amendment banning same-sex marriage.

Again the questions: Where does the president stand?

Suddenly at 3 o'clock this afternoon, after 3 1/2 years of not answering the question, Mr. Obama decides to take a position.

All of a sudden he thinks same-sex marriage is a good idea.

He's locked in what promises to be a close race against Mitt Romney.

So picking this moment to pander to the gay and lesbian community on the issue of same-sex marriage suits his political purpose, which is to be re-elected.

One of the major broadcast networks interrupts programming to breathlessly report that the president has decided that it's OK for same-sex couples to marry.

Pardon me if I don't hyperventilate over all of this. We have real issues in this country for which President Obama has been glaringly short on answers.

We have more than $15 trillion of debt, an unemployment rate that's an embarrassment for the largest free-market system in the world, a Congress that refuses to agree on whether it's daylight outside or not, and the country is supposed to come to a screeching halt because President Obama was pressured into taking a position on a wedge issue. I'll pass.

Oh, and at the end of the day, it's still up to the states.

Here’s my question to you: Is President Obama simply using gay marriage for political gain?

How much does it matter if you like a candidate for president?

A new USA Today/Gallup Poll shows 60% of registered voters say that President Obama is likable. That's nearly double the 31% who feel that way about Romney.

Even among crucial independent voters, the president holds a double-digit edge.

So despite the fact polls show Romney and President Obama in a dead heat both nationally and in key battleground states - Mitt Romney is facing a huge likability gap here.

And it could cost him.

Consider this: In each of the last five presidential elections, the candidate the voters "liked" the most won.

When you put all the other issues aside, a lot of people vote for the guy who does a better job connecting with them on a personal level.

In 2004, polls famously showed undecided voters would rather have a beer with George W. Bush than John Kerry; and swing voters found Bush to be more of a "real person" than Kerry.

As for Romney, pollsters say this likability deficit presents a challenge for his campaign as it tries to shape his image.

They can either work on making voters see Romney as more likable or they can give up on likability and try to emphasize other areas where Romney is stronger than President Obama.

For now it doesn't look like Romney is hurting too badly on this issue since he's neck-and-neck with the president.

But he might be doing even better if he hadn't tied his dog to the roof of his car.

Here’s my question to you: How much does it matter if you like a candidate for president?