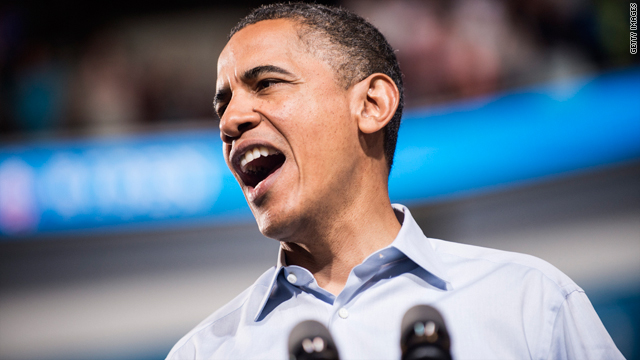 How much has America's first black president changed race relations?

Despite the election of America's first black president more than three years ago, the nation still has a long road to travel when it comes to race relations.

The New York Times reports that race remains a powerful factor among a small minority of voters - particularly in poor areas with a lot of white working-class people.

That includes places in the battleground state of Ohio, where a few votes could make a big difference.

In 50 interviews in one such Ohio county, five people raised race directly as a reason they will not vote for President Obama. Some of them said the only reason the president won in 2008 is because many blacks voted for the first time.

Others didn't mention race directly, but indirectly hinted at suspicions of Obama's background and faith.

The president recently described race in America as still "complicated." He says he never bought into the idea that the country was entering a post-racial period by electing him.

Maybe so - but a lot of people did. More than half of Americans in 2008 said that race relations would improve as a result of Obama's election.

Fast forward to 2012 and that view has changed dramatically.

Some suggest racism surfaces during tough times like the recession, high unemployment or the wars overseas - and can serve as an excuse for social anxieties.

Here’s my question to you: How much has America's first black president changed race relations?

Pete in Florida:
As a 68-year old white male living in the South, I have never before heard such a constant, daily stream of ugly and overt racist remarks as what I now hear every day from other whites. It is scary just how much so many whites just flat out HATE Obama and his family, and by extension, virtually all other blacks.

Richard in Texas:
Actually with some of the things he has said and done Obama has hurt race relations more then he has helped them. Saying that the white police officers "Acted stupidly" when they arrested his friend Professor Gates at Cambridge. After all the racial tension over the shooting in Florida, Obama makes a comment like, "If I had a son, he'd look like Trayvon Martin" which helped to create even more tension. When the president speaks some people listen and if he says something inflammatory he can spark flames.

Jim:
The president can not change race relations as long as there are the likes of Jesse Jackson and Al Sharpton. Whenever there is any type of race controversy in the news, they can't get to the microphones fast enough to spew the racial hate they are so famous for. Before relations can improve, the microphones must be taken away from them.

S. in Florida:
Living in the south, Jack, I'd have to say that in the long run, Obama's presidency may speed up the natural evolution and improvement of race relations. But in the short run, it's been just plain ugly here in the Deep South. The open racism since 2008 has been jaw-dropping. Almost like it came back into vogue. It's eased up a bit, but I've lost a lot of respect for a lot of lifetime friends.

John in Watertown, Massachusetts:
I really don't believe that they have changed that much. Black people were thrilled that Obama was elected along with an obvious majority of whites. Unfortunately, there are still many in this country who claim they despise the president because of his policies when, in fact, it's a pigment of their imagination.