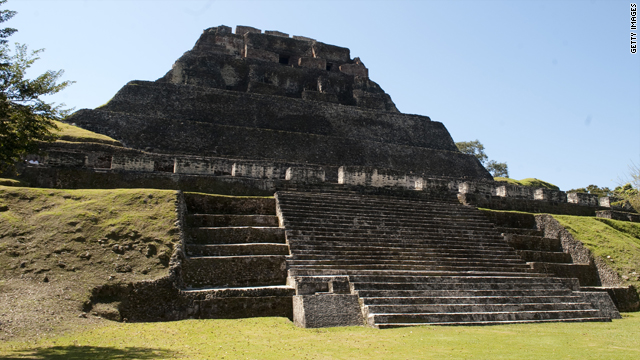 What does it mean when one in seven people think the end of the world is coming?

It's the end of the world as we know it - at least for one in seven people worldwide.

A new poll conducted for Reuters shows nearly 15% of people believe the world will end during their lifetime.

Pollsters questioned more than 16,000 people in more than 20 countries. It turns out predictions of doom and gloom vary widely depending on where you live.

Only 6% of the French and 8% of the British fear Armageddon in their lifetime compared to 22% in Turkey and right here in the United States.

The Russians and the Poles were most likely to fear the end of the world as coming this year.

Experts say people under 35 and those with lower education or income are more likely to believe in an Apocalypse. Perhaps it’s because those over 35 have lived long enough not to worry about it.

Meanwhile, there have been many End of Days predictions over the years coming from the Chinese, the Egyptians, Native Americans, the Irish, etc.

But for some reason this Mayan Doomsday prediction has attracted millions, maybe even billions, of believers. Hundreds of thousands of websites have popped up devoted to the end-of-the-world fears.

However, experts - including NASA - say there's nothing to it and compare it to the Y2K scare which turned out to be much ado about nothing.

Here’s my question to you: What does it mean when one in seven people think the end of the world is coming?

Nancy in Tennessee:
The people who are disturbed because the Mayan calendar runs out this year aren't thinking logically. Some poor Mayan calendar maker was at work making his calendars and the ruthless Spaniards invaded his abode and he had to stop. End of story, not the end of the world.

M. in Wyoming:
It's always been this way as far as I can remember. My mother-in-law and her sister used to begin any future plans with the words "if the world stands." In other places and years, people have said, "God willing and if the creek doesn't rise." It's part of our culture and I believe it has to do with the unknown and the risks involved in living.

B.:
It may seem unimportant, but maybe the other six should be prepared for what that one might do out of fear, religion, or even hate.

Nate in North Carolina:
The other six remember Y2K.

Everett in Princeton, Texas:
It means that 1 in 7 people see the forest for the trees. The human race cannot sustain itself on its current course of development. The 1 in 7 have "done the math". It’s really quite simple, statistically speaking, without a fundamental change in consciousness the human race is doomed.

Carol:
The Mayans just got sick of doing calendars. The world will not end.

Paul:
It means the rest of us will be able to buy their stuff really cheap.