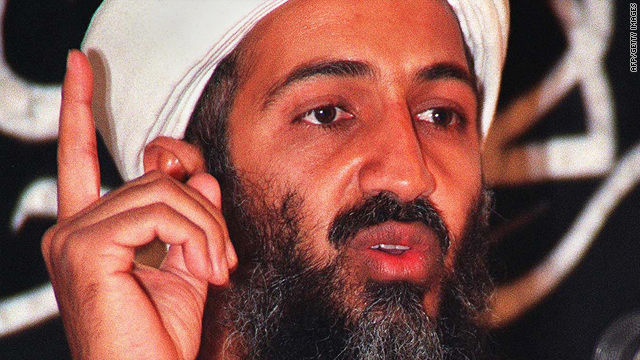 Do you feel any safer from terrorism one year after the death of Osama bin Laden?

As President Obama celebrates the anniversary of Osama bin Laden's death in Afghanistan, security is reportedly being stepped up at airports overseas.

The Department of Homeland Security says there are "no specific, credible threats or plots" against the United States at this time, but apparently there is some cause for concern.

They worry terrorists might ingest explosives and then try to detonate them on a commercial flight. ABC reports this is why security has been increased at some airports in Europe and the Middle East and the United States has sent more federal air marshals overseas.

If you've been through airport security recently in this country, you might think bin Laden was somewhere on the concourse.

The Transportation Security Administration has come under fire for aggressive behavior toward passengers, including a 7-year-old girl with cerebral palsy, who walks with leg braces and crutches, and a 4-year-old girl who started crying hysterically. Parents say the TSA is treating these children like terrorists.

There were also reports over the winter of TSA agents asking elderly passengers in wheelchairs to lift their clothing to show medical devices like colostomy bags.

Meanwhile, it seems like the fear of terrorism has all but disappeared a year after bin Laden's death and more than 10 years after the 9/11 attacks.

A recent CNN/ORC International Poll shows only 2% of Americans say terrorism is the most important issue facing the country today.

Here’s my question to you: Do you feel any safer from terrorism one year after the death of Osama bin Laden?

And, we love to know where you’re writing from,
so please include your city and state with your comment.