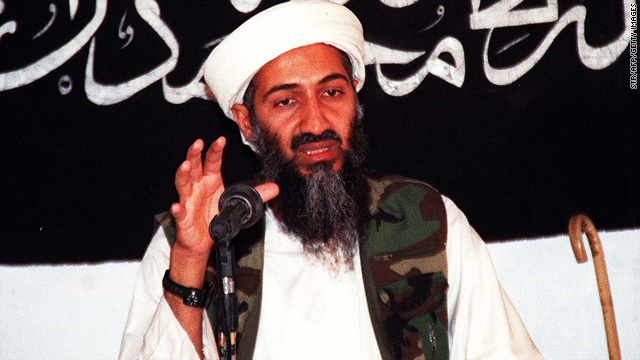 Should President Obama use Osama bin Laden's death in his campaign?

Contrary to statements he's made in the past, he's using the one year anniversary of the raid that killed Osama bin Laden in his re-election campaign.

Vice President Joe Biden used a bumper sticker slogan that thanks President Obama, "bin Laden is dead and General Motors is alive." Biden suggests it might have been the other way around were Romney president.

So much for what the Obama White House was saying when bin Laden was killed.

In the days following the bin Laden raid, President Obama said he decided not to release photos of the terrorist's corpse, saying "We don't trot out this stuff as trophies" and "we don't need to spike the football."

What's more - four years ago, then-candidate Obama slammed his opponent Hillary Clinton for using bin Laden in a political ad. He accused Clinton of playing "the politics of fear" like George W. Bush.

None of this is lost on the president's critics. Republicans are blasting him for turning a unifying event into another way to divide the country. They call it desperate and cheap.

The real tragedy here is that President Obama, by politicizing the raid that got bin Laden, is upstaging the Navy Seals who are the real heroes who conducted the mission.

Here’s my question to you: Should President Obama use Osama bin Laden's death in his campaign?

David:
Some - but only as a single accomplishment. He pulled the trigger, it was on his watch. But the folks that actually got bin Laden were a long line of analysts and operatives predating Obama’s involvement and ending with a small group of life-on-the-line SEALS who were in training when he was still teaching in law school. He needs to guard against letting a notation morph into swagger - we'll never know the names of the people who we should really appreciate for this.

U.:
President Obama gave the order and the Seals got it done. Telling the truth is never a cheap shot.

Ted:
Now that Bill Clinton is in charge of the president’s re-election, Bill will tell him to say whatever the people want to hear. Take all the credit yourself, and never mention the military, FBI, CIA and all the work that President Bush started after 9-11. Just let people think you did it all by yourself. As far as all the problems in the country, blame someone else.

Paul:
Of course he should. Conservatives don't like him mentioning it because its something they can't attack him on. You cannot attack him on a lack of leadership and then cry foul when he holds up an example of it in response.

M.O.:
He can use it, but that doesn't automatically mean that he'll be re-elected. It's a very superficial way to persuade us to vote for him.

Mark in New York:
While you're correct in labeling the president a hypocrite given what he said in the days following bin Laden's death, I think it is absolutely fair game politically. It is one of his great accomplishments.