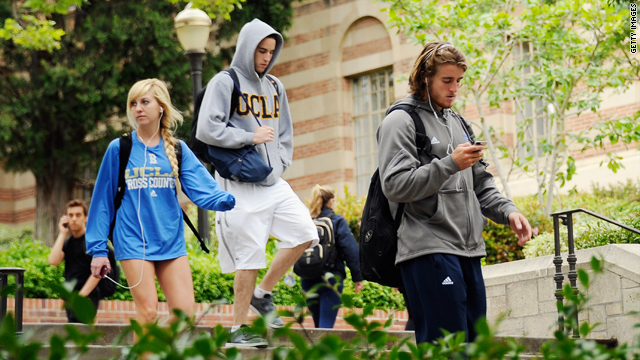 What's the most useless college major?

With college graduation season just around the corner, a lot of young people are already underwater.

It's estimated the average kid graduating from college owes more than $27,000, up 54% from a decade ago.

As a result, many students and recent graduates want their student loans partially, or fully, forgiven.

But that could open the door to the taxpayers getting stuck with yet another huge bailout.

In Washington, student loans have been a hot topic of debate this week, with President Obama pushing hard for Congress to prevent student loan interest rates from doubling to 6.8% as they're scheduled to on July 1.

House Speaker John Boehner says the House will vote on Friday to extend current rates for a year.

All this should make college students think long and hard about choosing what to study. With unemployment above 8%, if graduates can't find a job, they might very well have trouble paying off these loans.

A new study suggests students who major in subjects like health care, education, psychology, social work and business have a better shot at getting a job.

On the flip side, The Daily Beast reports the most useless college majors out there include fine arts, drama, architecture, graphic design, philosophy, religion, English, journalism, archaeology, music, history and political science.

Here’s my question to you: What's the most useless college major?

Carol:
None. I was a Spanish major and ended up Managing Director of one of the largest banks in the World. Dutch. No Spanish ever used or needed. Doesn't matter. My son is in advertising as an Econ, Journalism major. They didn't want any "marketing" or "advertising" majors. Liberal arts degrees are golden, no matter what the major. They allow you to learn to think, write and speak.

Gary:
Rocket science, Jack, without question. The market's dried up. No more moon shots, the shuttles are retired, NASA's a skeleton and the country's bankrupt. And, it doesn't take a rocket scientist to figure that out.

Pat in Michigan:
Probably anything in the field of sports or any degree from the University of Michigan.

Raymond in Worcester, Massachusetts:
No college major is useless, Jack. I was a philosophy major after reading that the lawyers I admired most were philosophy majors. It's not the degree that’s useless, but the graduate who can't find a way to use the skills that major gave him or her.

Chris in New York:
The most useless college major is philosophy. Jobs are disappearing in the United States. A diploma in which you question logic is a sure way to end up as a statistic.

Ivan:
Trust me on this one, Jack: theater.

S.:
After reading this op-ed, I'd say journalism is the most useless major.