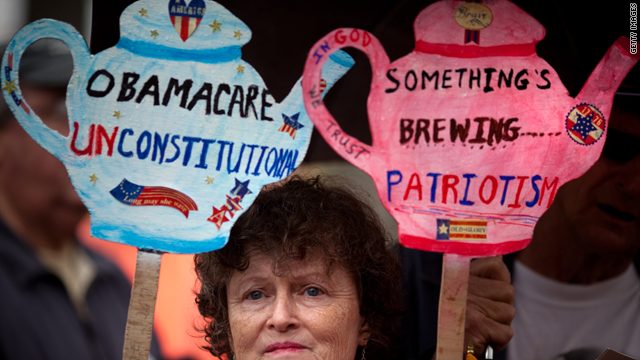 Is the Tea Party over?

The party might be over - the Tea Party that is.

The movement that took the country - and Washington - by storm two years ago appears to be fading.

In the early days of the Obama Administration, the Tea Party seemed to spring up almost overnight nationwide.

In the 2010 mid-term elections, candidates connected to the Tea Party helped the Republicans wrestle back control of the House of Representatives. They were a force to be reckoned with.

For starters, the Republican Party is on the verge of nominating Mitt Romney. Not exactly a right wing zealot.

Politico reports that a meeting of the Republican National Command this past weekend shows just how little has actually changed within the GOP.

Few Tea Party activists have won slots on the Republican Party's governing committee, even though some have won county chairmanships or state positions.

And, although the Republican establishment sympathizes with the Tea Party's ideas and wants to channel their energy, they see the movement as just one more constituency in the Republican coalition.

Some Republicans describe the Tea Party activists as inexperienced, and the movement as not as well organized as 2010.

Nonetheless, even if the Tea Party is losing power, it's still seen as a boost for Republicans. One state party chairman says the Tea Party has "put a spring in the step of the old lumbering elephant."

Here’s my question to you: Is the Tea Party over?