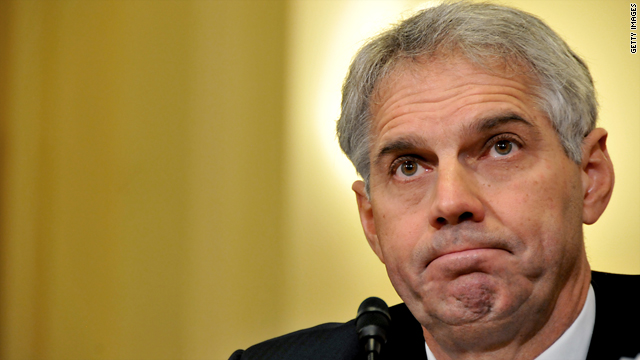 What's the right punishment in the Secret Service scandal?

The Secret Service Colombian prostitution scandal keeps heating up, and it's unclear whether resignations of the agents at the center of it will put out the fire.

More resignations are expected this week, in addition to the three we already know about.

Eleven members of the Secret Service, including 20-year-veterans, have been implicated. They're accused of bringing at least 20 prostitutes to their hotel in Cartagena ahead of last week's visit by President Barack Obama.

As many as 10 members of the U.S. military are also being questioned about potential misconduct. This includes five members of the elite Army Special Forces.

It's a mess, and it's a national disgrace, not to mention a potential security risk for the president.

So what's being done in Washington? The House Oversight Committee is investigating. Also, there will likely be a review board set up to find out whether this was an isolated incident or part of a broader agency culture.

But some people don't think this is enough. At least one congressman, Republican Randy Forbes of Virginia, is calling for Mark Sullivan, the Secret Service director, to be fired.

Forbes says it's time to put someone else in charge to change the culture at the agency.

Mitt Romney says he'd "clean house" at the Secret Service. The likely Republican presidential nominee says he would fire the agents involved. But Romney, like Obama, says he has confidence in the director.

Sullivan has been director of the agency since May 2006. That means the 2009 security breach at the White House involving two party crashers at Obama's first state dinner also happened on his watch.

Here’s my question to you: What's the right punishment in the Secret Service scandal?