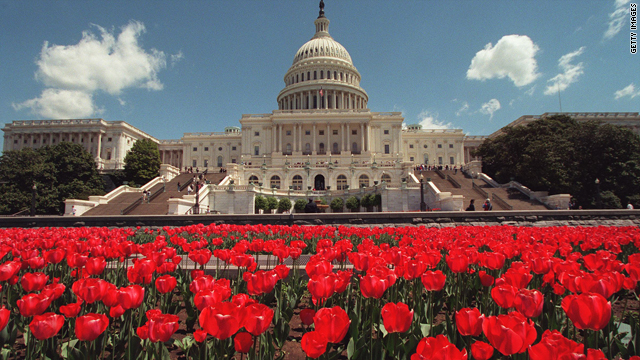 If Congress won't fix the economy, what will it take?

Congress won't do anything to fix the economy - that's the disturbing result of a CNN Money survey of economists.

Despite the huge issues on the horizon - a $15 trillion dollar debt, $1 trillion annual deficits, jobs, taxes - we can once again expect our Congress to do nothing.

Although the economists polled in this survey have lots of ideas about how to jump-start the U.S. economy, they don't expect Congress to act on any of it in the near future.

One economist put it this way: Congress will act "two weeks after a sudden freeze in Hell."

These experts are most worried about a weakening in economic readings - especially job growth.

So what would help? They'd like Congress to pass comprehensive tax reform, which would likely lower tax rates for corporations and individuals while eliminating many deductions and loopholes.

The survey also found 40% of these economists want Congress to repeal Obamacare and about a quarter support the repeal of the Dodd-Frank financial services reform legislation.

Some of them believe the economy will be best off if Congress does as little as possible.

With lawmakers in re-election mode we can't expect much action on the economy - or anything else for that matter. Pathetic.

As if to prove this point - late yesterday Senate Democrats canceled the votes on next year's budget. This would be the third year in a row that Congress fails to produce a budget, which is their job. Like we said, pathetic.

Here’s my question to you: If Congress won't fix the economy, what will it take?