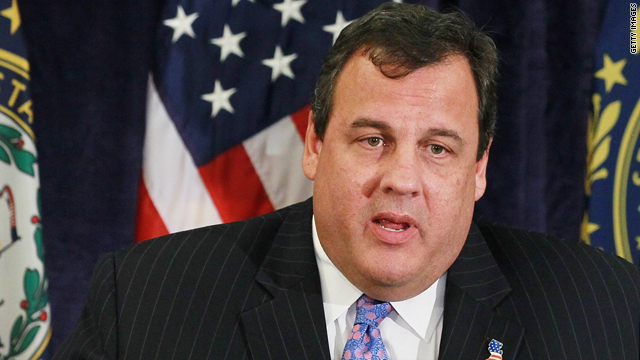 Gary in Scottsdale, Arizona:
Christie is absolutely, positively, completely correct, Jack. The Robin Hood now in the White House has an appetite for spending and doling out money to a growing audience of deadbeats. Government handouts are no longer a temporary safety net but rather a long term comfort sofa. And, as long as Obama's President, it will only get worse.

B. in Canada:
I listened to Christie's comments and thought they were off the wall. I think his crack about people sitting on their couches waiting for their next government check was nasty. I am sure many Americans would love NOT to be on unemployment or welfare but thanks to the financial mess that the GOVERNMENT created, there just aren't enough jobs.

Tom in Texas:
This sounds like someone campaigning to be the Republican vice presidential candidate. He's been in office a couple of years now and rides a wave of popularity. If nothing else, he has more credibility than the last Republican V.P. candidate.

Joshua:
In a way, if you think about it he is right. But what do you expect when there are no jobs available or people can't get any decent work? It is hard to survive and a person will probably have no choice but to apply for government aid.

Tom:
Gov. Christie doesn't let being right become a habit. The American worker is among the most productive in the world. We get less time off and work to stress levels only topped by the Japanese. The Governor is fat, dumb, and happy. The rest of us are working our arses off.

H.R.:
Christie would know all about the couch-sitting thingy. Just look at him.