There are a couple ways to drop out of a political race.

A candidate can withdraw gracefully.

The guy just can't take a hint. And at this point he's likely hurting not only the Republican Party, but his own political legacy.

As Politico describes it, "the former House Speaker has decided to cap off a historic career by spending the final weeks of the campaign in a sort of political purgatory."

But that won't stop Newt. He's pledging to stay in the race all the way to the convention in Tampa. He's hoping against hope for some extraordinary situation where Mitt Romney can't get enough delegates and Rick Santorum is seen as unelectable.

The problem is he's out of money. His big Super PAC donor Sheldon Adelson - who has donated more than $15 million - says Gingrich is "at the end of his line."

There are no debates left to boost Gingrich, he can't afford to travel, he's fired much of his staff and even the media attention is dwindling.

People are using words like "laughingstock" and "delusional" to describe the former Speaker of the House. Sad really.

For his part, Gingrich insists he's staying in the race to shape the political conversation. And talk about his ideas like $2.50 a gallon gas. But no one is listening anymore.

CNN estimates Gingrich has 134 delegates compared to Romney's 559 and Santorum's 262.

A CNN/ORC Poll shows 6 out of 10 Republicans say Gingrich should drop out of the race. Also, a majority of Republicans say their party's nomination should be determined by the primaries - not the convention.

Here’s my question to you: Why won't Newt Gingrich face reality?

END_OF_DOCUMENT_TOKEN_TO_BE_REPLACED 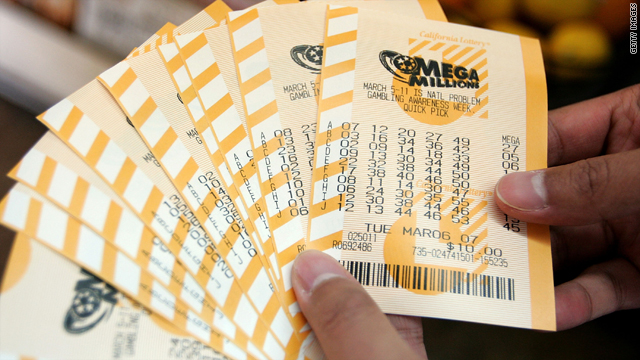 What would you do if you hit the $540 million lottery?

And it's what has people lining up at convenience stores across the country to buy their chance at unimaginable wealth.

Tickets cost $1 each and will be on sale in 42 states plus Washington, D.C., and the Virgin Islands until just a few minutes before the 11 p.m. ET drawing.

The winner - or winners - will get to choose between annual payments or the cash option. The lump sum would be roughly $389 million.

But back to the $540 million and how a winner might spend that astronomical sum.

Or if you paid half of your winnings in taxes and invested the remaining roughly $270 million in tax-free municipal bonds earning 3%, you would garner about $8 million a year in interest.

Of course, the odds aren't exactly on your side here. They are 175 million to one against you.

But, hey, you can always dream.

Here’s my question to you: What would you do if you hit the $540 million lottery?