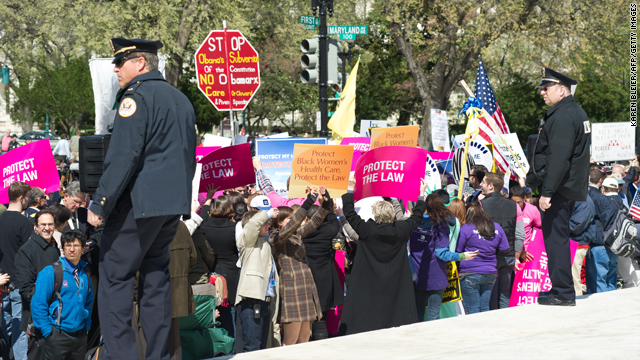 How will the Supreme Court decision on Obamacare affect the president's chances for re-election?

If the Supreme Court rules the Affordable Care Act is unconstitutional this summer, it would be a huge embarrassment for President Barack Obama.

Health care reform has been the president's signature issue. He spent his first two years in office - and a whole lot of political capital - getting this thing through Congress.

And now - two years later - the health care law's not looking so healthy.

CNN's Jeffrey Toobin says he thinks the law will be struck down, describing the Supreme Court hearings as a "train wreck" for the Obama administration.

Some would argue it's been a train wreck from the start. Remember Congress crafted this 2,700-page monstrosity behind closed doors. No transparency for the public but plenty of access for the lobbyists. Few lawmakers even read it. Then-Speaker Nancy Pelosi told Democrats, "We have to pass the bill so that you can find what's in it." Real statesmanship.

Not everyone agrees that a Supreme Court rejection would hurt the president politically.

CNN's James Carville says it would be "the best thing that has ever happened to the Democratic Party." Carville says Democrats would be able to show they tried, and when health care costs keep rising, they could lay the blame on the GOP's shoulders.

Some say if the Supreme Court rules against it, Republicans will lose a top election issue - the repeal of what they call “Obamacare.”

Others suggest the health care law won't be a major election issue if Mitt Romney is the GOP nominee because he created similar legislation when he was governor of Massachusetts.

Here’s my question to you: How will the Supreme Court decision on Obamacare affect the president's chances for re-election?

END_OF_DOCUMENT_TOKEN_TO_BE_REPLACED 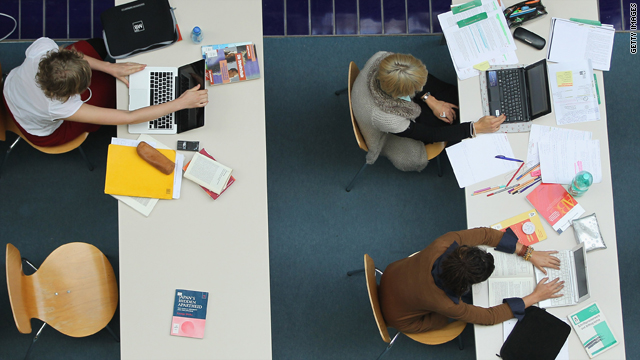 Is paying less tuition for a three-year college degree a good idea?

A dramatic change is underway at some of the nation's colleges and universities.

In an effort to attract more students and improve the financial bottom line, many institutions are cutting tuition or graduating students faster.

CNN Money reports that some private colleges are cutting tuition by more than 20%. Others are offering three-year degree programs, but that means fewer classes.

And some experts worry these fast-tracked degrees are a bad idea. That they shortchange students on learning critical skills like reading and writing.

Meanwhile it's no secret that the cost of attending college has skyrocketed with both tuition and room and board rising faster than the rate of inflation for years.

The average tuition at four-year private colleges now stands at nearly $29,000 a year. So the savings from finishing in three years instead of four ain't chump change.

It's estimated that total college student loan debt in this country tops $1 trillion. That kind of debt can force people to postpone buying homes. And that could slow the housing recovery.

Meanwhile a lot of these young graduates aren't buying homes because they're moving back in with mom and dad when they can't find jobs.

A recent pew poll shows nearly 30% of young adults between the ages of 25 and 34 are living in their parents' home. That's the highest level since the 1950s. And that number shoots up to 53% for those younger than 25.

Here’s my question to you: Is paying less tuition for a three-year college degree a good idea?