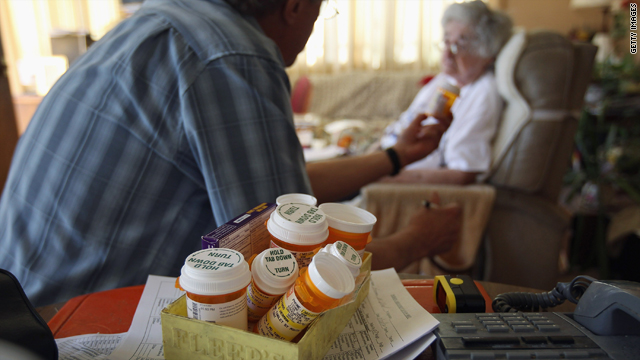 And after today's 90-minute session, it seems like a majority of the justices want to decide the case now instead of waiting another two years until the full law goes into effect.

On Tuesday, the justices will hear arguments on the constitutionality of the individual mandate, which is the key to this whole showdown.

Twenty-six states are suing the government. They claim the health care law is unconstitutional because of the "individual mandate" provision, which requires most Americans to purchase health insurance by 2014 or face a financial penalty.

Republicans have been out in full force slamming the law. All of the GOP presidential candidates say they will try to repeal the Patient Protection and Affordable Care Act if elected. Senate Minority Leader Mitch McConnell says repeal of Obamacare will be the first order of business if Republicans win control of the Senate in November.

Democrats have their work cut out for them defending all this, and they don't seem to be getting much help from Obama. He didn't even bother to publicly mark the bill's two year anniversary last week - something he has been only too eager to do in the past.

This might be the reason: Polls suggest many Americans just don't like the health reform law. A new CNN/ORC Poll shows 50% of those surveyed disapprove of the law. 43% approve.

When asked how the Supreme Court should rule, more than 70% say the high court should overturn all or part of Obamacare.

Here’s my question to you: What's the future for President Obama's health care reform law?