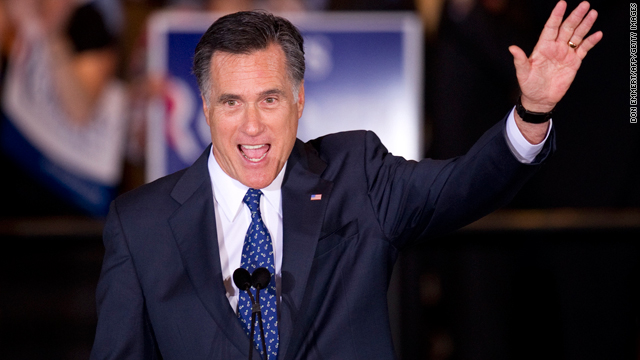 Was Illinois the turning point in the Republican race?

It's just about over.

While Mitt Romney didn't score a knockout in Illinois, to borrow a boxing metaphor, but he landed enough blows that his opponents may soon be unable to answer the bell for the next round.

And it's a bit ironic that the Republican primary fight may have been decided in the Democratic president's home state.

Romney's win was impressive – double digits and, in just about every exit poll category that was measured, save evangelicals and very conservative voters.

Rick Santorum's showing was far from impressive. He got little support from beyond his base. But more importantly, he showed again he is incapable of winning a large midwestern state. And there simply are not enough Louisianas, Alabamas and Mississippis to get him to the nomination.

Newt Gingrich finished dead last. He has now gone from contender to curiosity to nobody cares. He's toast.

Ron Paul, who may have the best set of ideas for solving some of our big problems, has just not been able to connect with enough voters to make a difference.

Finally, if Romney goes on to win the nomination, the Republican voters will have settled for the moderate in the middle. Sort of what the vast majority of this country has always been about. And his victory will be a slap in the face to the Tea Party.

Romney's now looking past these tune-up fights toward the big title bout in November, and the rest of the country is starting to do the same.

Here’s my question to you: Was Illinois the turning point in the Republican race?