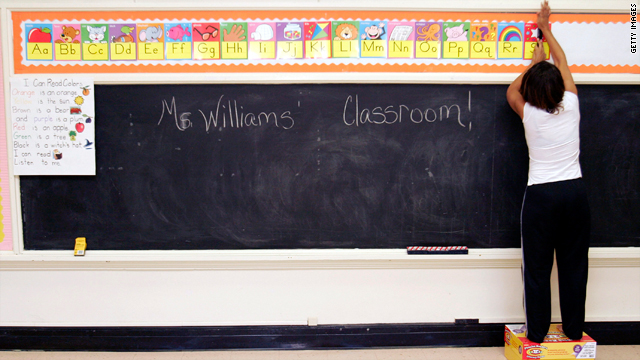 Is the decline of American schools putting national security at risk?

When you think about some of the greatest dangers facing this country's national security - al Qaeda, the Taliban, a ticking time bomb in Iran probably all come to mind.

But one that might not come to mind at first is our schools.

Public education is failing to do its job of educating our children, and that poses a grave danger to the security of our country long-term.

An independent task force launched by the Council on Foreign Relations is warning the U.S. education system is barreling toward "a national security crisis."

They include economic growth and competitiveness, U.S. physical safety and intellectual property.

Our students are not being prepared for the global work force.

The report highlights a Defense Department statistic that 75% of American youth don't qualify for the armed forces because of a lack of a high school diploma, obesity or a criminal record.

Among those who do qualify, 30% don't pass the military's aptitude test.

If we don't educate our young people so they can compete, we are doomed.

The task force recommends a "national security readiness audit" as one way to hold schools accountable.

Not everyone agrees with the report, including some members of the task force itself.

But it's no secret the quality of our public education has been in decline for quite some time.

Here’s my question to you: Is the decline of American schools putting national security at risk?