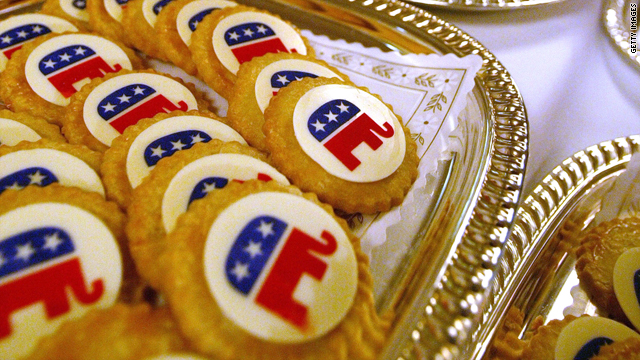 Is a long GOP primary good for the party?

Another Tuesday, another Republican presidential primary.

And if the candidates have their way, there could be many more to come, before it's all over.

But some GOP heavyweights don't see it that way.

They're worried this long, drawn-out, bare-knuckle blood letting may wind up hurting the party in the long run.

Karl Rove, the so-called "architect" of George W. Bush's 2000 and 2004 presidential campaigns, told Fox News the "scales have moved from the long process being a positive to being a negative."

And he thinks some of the "worst moments for the Republicans" have occurred just in recent weeks.

Senator John McCain - who knows a thing or two about how ugly it can get on the campaign trail - calls this race the "nastiest" he has ever seen.

He's stumping for Mitt Romney this time around, but that didn't stop him from telling NBC "everyday that goes by" with these candidates attacking each other is "a day that President Obama wins."

Doesn't matter. At this point there's no end in sight.

Romney won big in Puerto Rico over the weekend.

But who can forget last Tuesday's embarrassing losses not only to Rick Santorum, but Newt Gingrich as well in Mississippi and Alabama.

The pundits say Illinois is a "must-win" state for him. Aren't they all?

They said the same thing for Ohio and Michigan, the state where he grew up and his father was governor.

He won, but just barely in those two states.

Santorum, meanwhile, is banking on another big surprise tonight.

He's done it before, but if the polls are right, it might not happen this time.

Oh, and then there are Newt Gingrich and Ron Paul.

Neither one apparently willing to read the writing on the wall and throw in the towel.

It may be March, but it seems like we've only just begun.

Here’s my question to you: Is a long GOP primary good for the party? 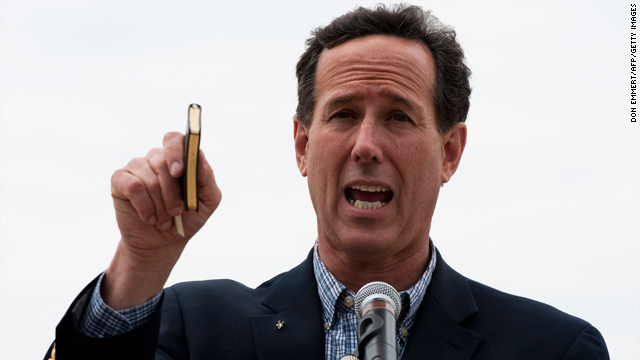 Is Rick Santorum suddenly doing himself in?

You'd think after last week's wins in Alabama and Mississippi, he'd be on his "A" game in Illinois. Not so much.

On Monday, he said, "I don't care what the unemployment rate is going to be. It doesn't matter to me."

Issue No. 1 for voters, the economy, doesn't matter? That statement goes beyond stupid.

A spokesman later tried to do damage control by arguing that the campaign isn't solely about the economy but also about returning freedom and restoring the country's greatness. And just how do we do that, Ricky, with a $15 trillion national debt, millions of Americans out of work and an unemployment rate north of 8%?

Call it whatever you want, but Mitt Romney - who's already selling the line that his chief rival is an "economic lightweight" - pounced.

Santorum insists that the country doesn't want another "Wall Street financier" like Romney as president, but there are reports that a message focused more on government outreach and wars against pornography than on whether Americans have a job is inspiring fear among some supporters.

And this isn't the first time Santorum has gotten himself into some trouble. Last month, he said he "almost threw up" after reading John F. Kennedy's famous 1960 speech declaring that a president's religious views were private and should not be "imposed by him upon the nation."

Again, he tried to walk it back, but once the words come out of your mouth, it's tough to put them back in.

To quote that great philosopher James Carville, "It's the economy, stupid!"

Here’s my question to you: Is Rick Santorum suddenly doing himself in?